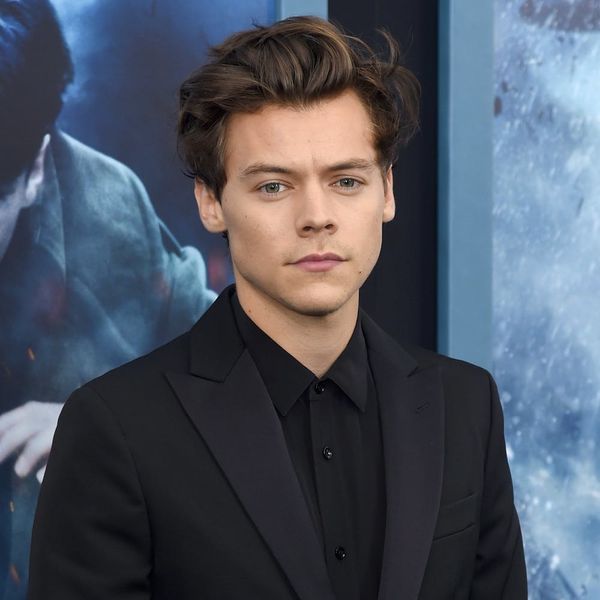 Harry Styles could probably afford to live pretty much anywhere he’d like. But during the 2018 Television Critics Association summer press tour on Sunday, August 5, Ben Winston — an executive producer on CBS’ new sitcom Happy Together — revealed that the One Direction singer spent more than a year living in the attic of the home Winston shares with his wife.

In fact, Happy Together was (very loosely) inspired by that living situation. The show is about a singer, Cooper James (Felix Mallard), who moves in with his accountant, Jake (Damon Wayans Jr.), and Jake’s wife, Claire (Amber Stevens West). Styles is an executive producer on the series.

“Harry Styles lived in [executive producer] Ben Winston’s attic for 18 months, suburban neighborhood, no one knew he was there. He said living in a quiet ‘boring’ family environment while undergoing a crazy time in his life helped him and inspired Winston to develop #HappyTogether,” Variety editor Danielle Turchiano tweeted from TCA.

“I don’t think anyone knew he was living with us,” Winston explained, according to USA Today. “He would have to lose the paparazzi on a night out. Sometimes, he’d say he’d be home in 30 minutes, and [he would arrive] three hours later. He didn’t want to drag any photographers back home.”

Winston later clarified that although the premise of Happy Together came from a real living arrangement, the characters and the stories are entirely fictional. “Let me say again although Harry and I are producing this show together, it is simply loosely inspired by our living situation,” he tweeted. “NO character and NO stories are based on anything real!”

Happy Togetherpremieres on CBS on Monday, October 1, at 8:30pm ET/PT.

Will you watch Happy Together? Let us know @BritandCo!