Harry Styles Finally Speaks Out About His Relationship With Taylor Swift 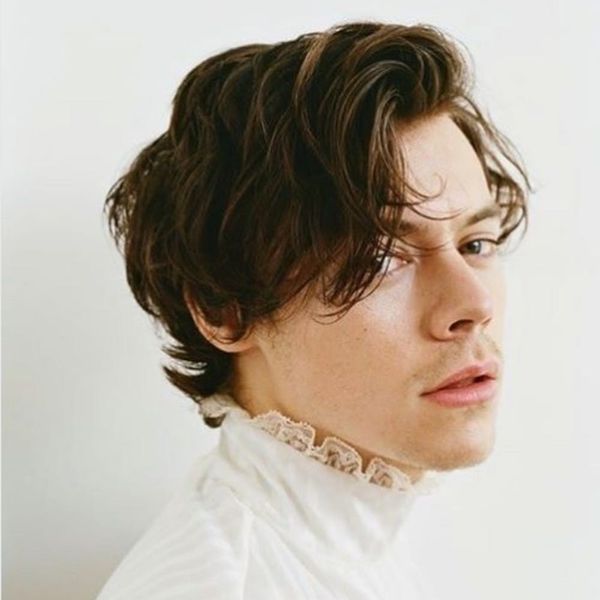 Harry Styles may be busy these days with a new album that’s totally thrilling fans, but it turns out that folks are still as obsessed with his love life as ever. And though it’s been a quite a while since he was linked to Taylor Swift, it’s only been a year since he threw Twitter shade at the “Bad Blood” singer, which may be why people are still interested in the former celeb couple. Now, FINALLY, Harry Styles has spoken out about his relationship with Taylor Swift, and you’ll never guess what he has to say.

Sitting down to chat with Rolling Stone for a new interview that covers everything from Styles’ mom to Kendall Jenner and (natch) Harry’s new album, it seems like some still can’t resist prodding about his infamous time with Swift.

When asked, “Is there anything he’d want to say to Swift today?” the singer first had a cheeky answer, saying, “Maybe this is where you write down that I left!” But after laughing that off, he added, “I don’t know. Certain things don’t work out. There’s a lot of things that can be right, and it’s still wrong.”

He continued, “In writing songs about stuff like that, I like tipping a hat to the time together. You’re celebrating the fact it was powerful and made you feel something, rather than ‘this didn’t work out, and that’s bad.’ And if you run into that person, maybe it’s awkward… but you shared something. Meeting someone new, sharing those experiences, it’s the best shit ever. So, thank you.”

That’s right, despite things not working out between them (and possible awkward run-ins after the fact), Harry Styles still thanked Taylor Swift for the happy time they spent together. So sweet! Talk about swoon-worthy.

What do you think about what Harry Styles had to say about his relationship with Taylor Swift? Let us know @BritandCo!