Heidi Klum Says a Heartfelt Goodbye to ‘America’s Got Talent’ 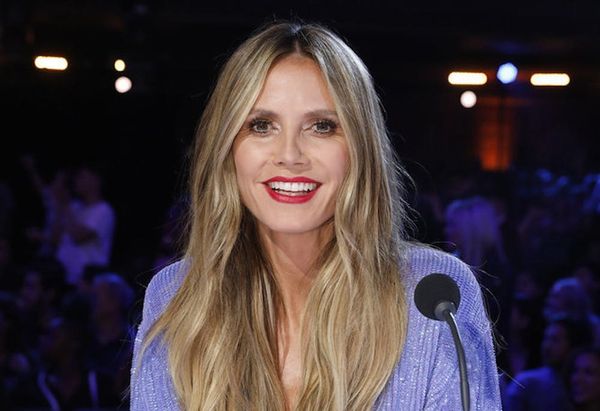 Just a few months after announcing her exit from Project Runway, Heidi Klum has confirmed that she is also leaving her gig as a judge on America’s Got Talent. She said a heartfelt goodbye to the show on social media following the America’s Got Talent: The Champions finale on Monday, February 23.

“I wanted to say THANK YOU, and how amazing the past 6 years have been while working on @AGT,” Klum tweeted. “I love my fellow judges, our hosts and AMAZING CREW.”

Klum sent the sweet note along with a photo of herself and fellow judges Howie Mandel, Simon Cowell, and Melanie Brown, as well as host Terry Crews.

“It’s been such an incredible experience and I will miss ALL OF YOU very much!” she continued. “I will be watching and voting from home!”

Earlier in the evening, the supermodel shared a compilation of silly selfies and candid snaps of her costars at the judge’s table. She also posted a nostalgic video clip detailing when she first found out that she was hired in 2013. Klum replaced longtime judge Sharon Osbourne for the show’s eighth season, starting at the same time as Mel B., who is also leaving the NBC series.

Julianne Hough and Gabrielle Union will take the departing judges’ places, while Mandel, Cowell, and Crews will return.

Klum won’t be off TV for long, though: She, along with longtime Project Runway co-host Tim Gunn, are working on an upcoming fashion reality show for Amazon.

Will you miss seeing Heidi on America’s Got Talent? Let us know @BritandCo.