Why Taylor Swift Just Returned to Instagram After Months of Silence 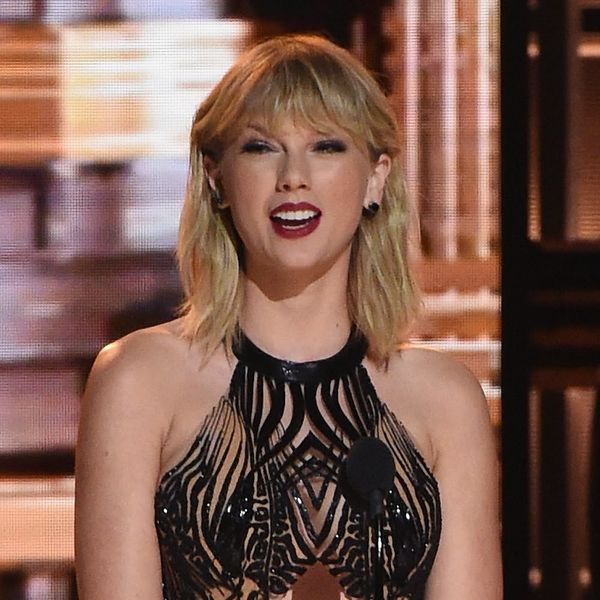 Taylor Swift may be staying close to Nashville these days, even skipping the Met Gala to focus on her new album (which may be a return to country). But after months of social media silence, the singer has finally returned to Instagram for a totally Taylor-like reason.

It’s been nine weeks since Taylor Swift last visited the social media sphere, and anyone who follows her could probably tell you that her last post was all about Lorde’s new single, “Green Light.” That’s why it’s probably no shock to fans that, since her pals, Haim, have just released their own new music, Taylor was quick to show her support.

Popping up a pic of her Haim buddies’ single “I Want You Back,” Taylor Swift included the caption…

Always there to support her #girlsquad (despite the troubles they’ve been facing lately), we shouldn’t be surprised (and are totally loving) that Swift hopped back onto social media to give her gals a shout out.

Also, did you happen to notice one little (yet totally sneaky) detail? Yep, the infamous 13 seconds ritual.

Do you love that Taylor Swift is always ready to support her friends? Let us know @BritandCo!

Desiree O
Desirée O is a ‘Professional Bohemian’ who loves anything and everything related to the arts, entertainment, and pop culture. She ADORES being a ‘Newsy’ for Brit + Co, covering all of the latest tidbits of awesomeness that you want to read about. When she’s not writing, she’s either making messy art, going on long adventurous walks with her camera, or poking around over at bohemianizm (http://www.bohemianizm.com/). You can find out about Desirée O and her work at http://DesireeO.com/ or follow her on Twitter @DesireeO.
Music
Celebrity News
Music Taylor Swift
More From Celebrity News