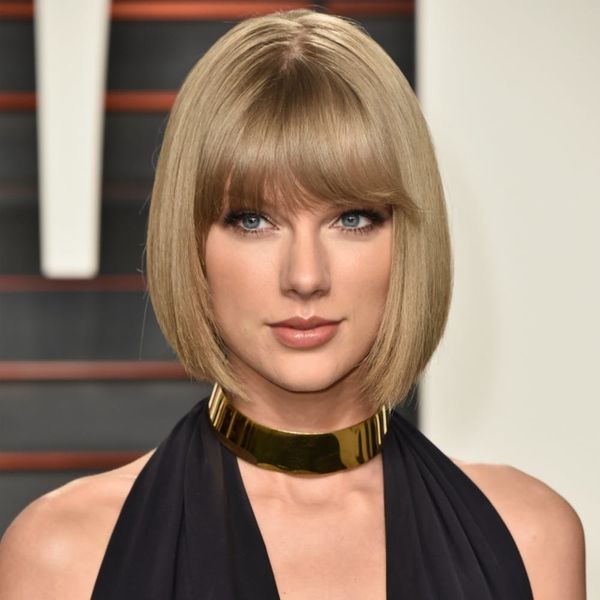 It seemed like as quickly as Tay and Calvin Harris played out their breakup via social media, the 1989 songstress supreme was spotted on vacation with hunky English actor Tom Hiddleston. It seemed like Harris didn’t take the news too well, deleting every mention of Tay from his social account while everyone’s new favorite couple, Hiddleswift, was born. While we’ve spent the last two weeks watching the Tom-Tay romance unfold around the world, there have been a growing number of conspiracy theories as to why this is happening at all. The newest of these fan-driven theories is a doozy: That Tom and Taylor are basically trolling everyone for a new music video.

Here’s what we know. Way back in May, Taylor and Tom were dancing at the Met Gala, but she and Calvin were definitely still an item. Then, in June, Tay and Calvin Harris split up, and a mere two weeks later, Taylor was spotted on the beach with Tom. You still with us? Okay. Now, Tay-Tay fans know that she tends to release a new record every two years. And her last record, 1989, came out — you guessed it — two years ago. She also tends to lead up to album releases with a music video that she drops months before the album. So here’s where it gets weird.

Folks are speculating that Tom’s starring role in the AMC miniseries The Night Manager is likely going to net him an Emmy nom. The Emmys are in September, which is when we would expect Tay’s video drop for a late-fall album release. This would give Tom an added boost in celebrity while promoting Tay’s new single, and play off the pair’s well-orchestrated buzz.

Here’s another thing: Every single photo that we’ve seen of the couple has been taken by a paparazzi agency, leading fans to think that Tay herself has hired the photogs for the not-so-secret snaps. Finally, we know Tay loves themes and breakup albums, and that she really really loves Beyoncé, so some think this entire setup is part of a larger performance piece about how relationships can be destroyed by celebrity, the ‘razzi and so on.

Whether it’s true love or a true scam, one thing’s for sure: We love watching the whole thing unfold.

What do you think of Hiddleswift’s relationship? Tell us @Britandco!