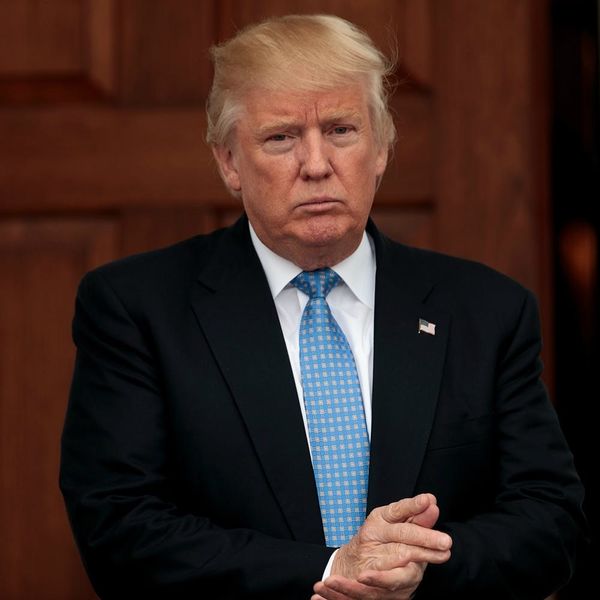 Liberal Amazon reviewers may not have Donald Trump’s Christmas ornament to poke fun at on Amazon any longer, but they haven’t given up the cyber fight.

A spokesperson for Google told the Associated Press that the building has since been restored to its rightful name, but as of press time, it appears that the hackers have struck again, because you can now dine at the fine establishment that is “Dump Grill.”

So is Google throwing massive shade? Mayyyybee. While the site does allow people to use the Map Maker to edit businesses, roads, and other landmarks, the Google FAQ page suggests that as of now, all changes are reviewed before going live.

The fun and games won’t be going on for too much longer, though: a disclaimer at the top of the page notes that the Map Maker will be retiring in 2017 in favor of the (newly updated) Google Maps. While some of the site’s old features will still be readily available, users will likely be more restricted, as they are being encouraged to join a local guide community in order to contribute to changes.

The change was announced earlier this month, and thus not a direct response to the Trump debacle. After all, he wouldn’t be the first to be victim of a naming incident, with reports of users also renaming the White House to “Edward Snow Den.”

So far, no rants about the incident on Twitter from the Donald himself, but if this keeps up, we wouldn’t be surprised!

What would you rename the tower? Share with us over @BritandCo.

Nicole Briese
Nicole is the weekend editor for Brit + Co who loves bringing you all the latest buzz. When she's not busy typing away into the wee hours, you can usually find her canoodling with her fur babies, rooting around in a bookstore, or rocking out at a concert of some sort (Guns N' Roses forever!). Check out all her latest musings and past work at nicolebjean.com.
Controversy
Politics
Controversy Google Politics Tech News
More From Politics