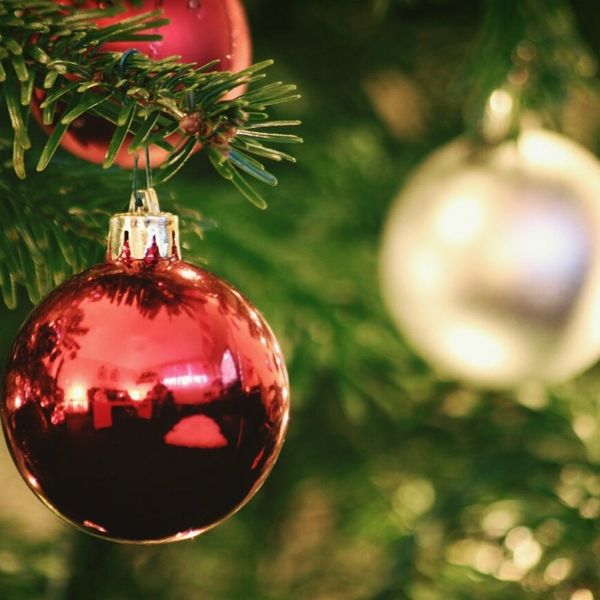 ‘Tis the season for all things festive: Christmas lights, creative stockings and, of course, ornaments to trick out your tree!

Available for purchase through Trump’s own campaign website, the ornament was originally being sold for a donation of $149 big ones or more, with a super reasonable Black Friday special price of $125.

Of course I'm buying a $149 Christmas ornament from my new president. DON'T MAKE THIS WEIRD.

The ornament was instantly met with ridicule not only on Twitter, but on the site’s Amazon shop, where people took over both the product reviews with a flood of one-stars and satirical commentary and its FAQ section.

“Despite ordering a more reasonable ornament, this one arrived,” one user wrote. “It. Is. Yuge. It’s absolutely yuge. It’s the biggest ornament. Yuge. I hung it on my tree, but it is so yuge that it has totally unbalanced my whole tree. No matter where I hang it, the tree leans waaaaaay over to the right.”

The FAQs weren’t any better, with users giving The Onion-style answers to questions such as “Can this be used past Christmas?” by saying, “It can only be used for the next four years, or until civilization ends, whichever comes first.”

So insane was the outpouring of reviews that Amazon (or the campaign selling it) was actually forced to remove the product from the site. It’s a sliggghtttly different tactic than the retailer took when similar attacks were launched by Trump supporters on Megyn Kelly’s book, Settle for More, which were deleted after the book’s publisher, Harper Collins, brought it to their attention.

Sheesh! Who knew that holiday decor could be so controversial?

*Staring at our Starbucks holiday cup*

Nicole Briese
Nicole is the weekend editor for Brit + Co who loves bringing you all the latest buzz. When she's not busy typing away into the wee hours, you can usually find her canoodling with her fur babies, rooting around in a bookstore, or rocking out at a concert of some sort (Guns N' Roses forever!). Check out all her latest musings and past work at nicolebjean.com.
Christmas
Politics
Christmas Christmas Tree Holiday Ornaments Politics
More From Politics