For Just the Second Time in History, an HIV Patient Is in Long-Term Remission 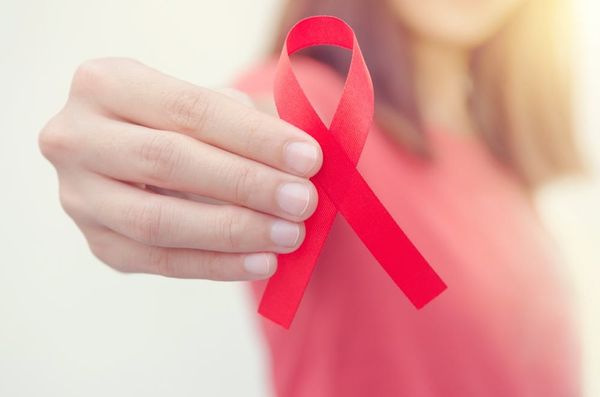 For only the second time since HIV/AIDS was first discovered, a patient has gone into what scientists are calling long-term remission after a stem cell transfusion in London, England, to treat cancer. This remission — which some are reporting as a cure — comes 12 years after another patient went into long-term remission in Berlin, Germany, due to a similar procedure.

“This will inspire people that cure is not a dream,” Dr. Annemarie Wensing, a virologist at the University Medical Center Utrecht in the Netherlands, told The New York Times. Wensing is also the co-leader of IciStem, described by the Times as a European group of “scientists studying stem cell transplants to treat HIV infection.” She did not participate in the study but told the Times of a potential cure, “It’s reachable.”

Similar to the Berlin patient in 2007, the London patient received a bone marrow transplant to treat cancer, not HIV/AIDS. Both patients were treated with transplants from donors who carry a genetic mutation called CCR5-delta 32, a genetic mutation that makes people resistant to getting HIV. As a result, the London patient was able to stop taking antiretroviral drugs 18 months ago.

“By achieving remission in a second patient using a similar approach, we have shown that the Berlin patient was not an anomaly and that it really was the treatment approaches that eliminated HIV in these two people,” said Ravindra Gupta, lead author of the study and a professor in University College London’s Division of Infection and Immunity, according to CNN.

Gupta also explained that while the method may not be suitable for all patients living with HIV, it shows that alternate therapies such as gene therapy could lead to a more widely available cure. According to the World Health Organization, 36.7 million people globally live with HIV, and there are approximately one million deaths a year from HIV-related infections.

“If we can understand better why the procedure works in some patients and not others, we will be closer to our ultimate goal of curing HIV,” Graham Cooke, a professor of infectious diseases at Imperial College London, said in a statement to the Science Media Centre. (Cooke was not involved in the case study.) “At the moment the procedure still carries too much risk to be used in patients who are otherwise well, as daily tablet treatment for HIV is usually able to maintain patient’s long-term health.”

Kat Armstrong
Kat has been a writer, social media maven and mom for longer than she's willing to admit. She's also spent time in front of and behind the camera, interviewing celebs, politicians and acting as a producer for fashion and artistic photography shoots. When she isn't writing for various orgs and publications, she's hanging with her kids, husband and French Bulldog, Peter, in Toronto, Canada.
Science
Current Events
Science
More From Current Events