Holly Marie Combs Is Not Happy About the ‘Charmed’ Reboot 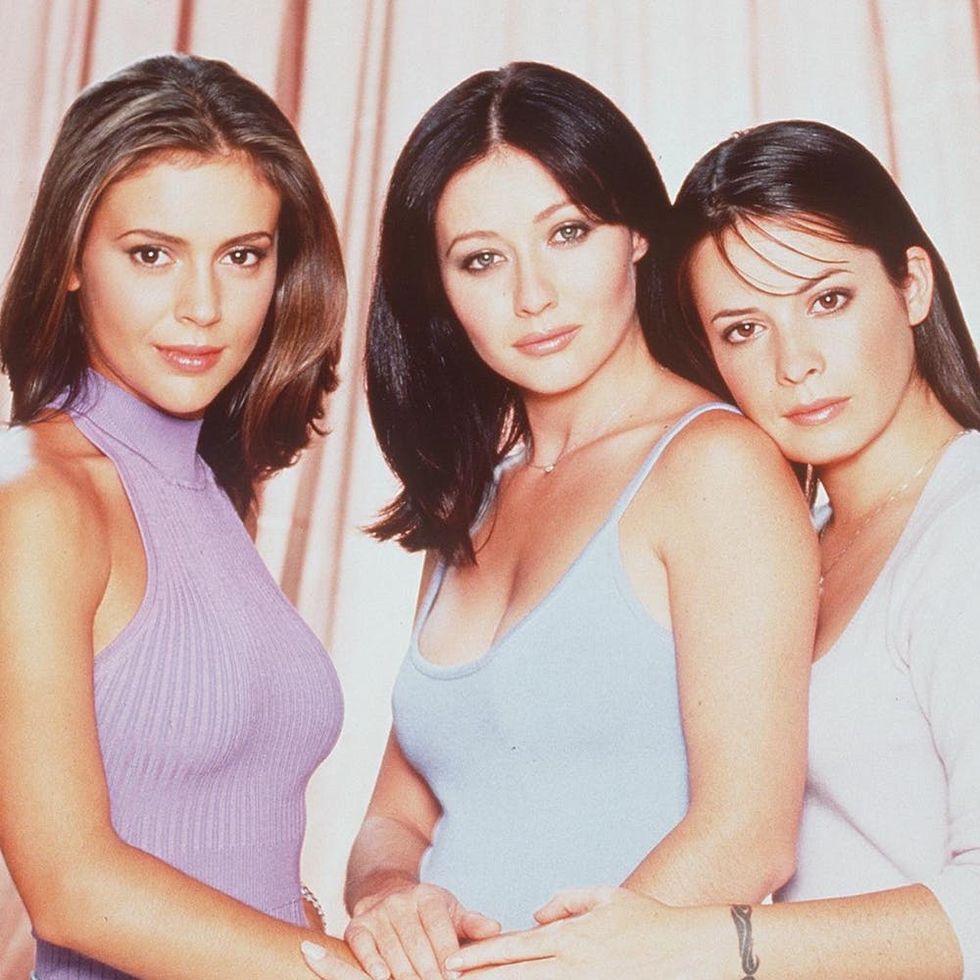 Rumors of a Charmed reboot have been buzzing for a while now, but this week, The CW officially ordered a pilot for the show. And while that might seem like good news at first, it turns out that one of the series’ original stars, Holly Marie Combs, isn’t happy about the idea. At all.

The reworked reboot is set in modern times, instead of back in the ’70s, which was the plan for an earlier revival. According to Entertainment Weekly, the network’s description reads, “This fierce, funny, feminist reboot of the original series centers on three sisters in a college town who discover they are witches. Between vanquishing supernatural demons, tearing down the patriarchy, and maintaining familial bonds, a witch’s work is never done.”

Combs, who played Piper Halliwell during the show’s run from 1998 to 2006, initially tweeted, “We wish them well,” but later appeared to take issue with the description of the revival as a “feminist reboot,” since the original show was led by a group of strong, powerful women. “Guess we forgot to do that the first go around. Hmph,” she wrote.

Guess we forgot to do that the first go around. Hmph. https://t.co/kDXLBefuSG

She also had some choice words for those behind the scenes. Taking to Twitter, the actress didn’t hold back, saying, “Here’s the thing. Until you ask us to rewrite it like [executive producer and showrunner] Brad Kern did weekly, don’t even think of capitalizing on our hard work.”

She added, “Charmed belongs to the 4 of us [herself and her on-screen sisters, Alyssa Milano, Rose McGowan, and Shannen Doherty], our vast amount of writers, crews, and predominantly the fans. FYI you will not fool them by owning a title/stamp. So bye.”

Here’s the thing. Until you ask us to rewrite it like Brad Kern did weekly don’t even think of capitalizing on our hard work. Charmed belongs to the 4 of us, our vast amount of writers, crews and predominantly the fans. FYI you will not fool them by owning a title/stamp. So bye.

Her followers were certainly on board with her viewpoint, and showed their support in tweets and GIFs.

This was like the moment when Piper’s powers went from freezing to the ability to to explode. Not a chance in hell I’ll be watching.

Some fans just want to see the original sisters back in the magical game.

What do you think about plans for a Charmed reboot? Let us know @BritandCo.

Desiree O
Desirée O is a ‘Professional Bohemian’ who loves anything and everything related to the arts, entertainment, and pop culture. She ADORES being a ‘Newsy’ for Brit + Co, covering all of the latest tidbits of awesomeness that you want to read about. When she’s not writing, she’s either making messy art, going on long adventurous walks with her camera, or poking around over at bohemianizm (http://www.bohemianizm.com/). You can find out about Desirée O and her work at http://DesireeO.com/ or follow her on Twitter @DesireeO.
Nostalgia
TV
Nostalgia TV

These Easy Piña Colada Recipes Will Make Every Day A Vacation

How To Create This Modern Coastal Vibe At Home