8 Tips for Taking a Productive Time-Out from a Fight With Your S.O. 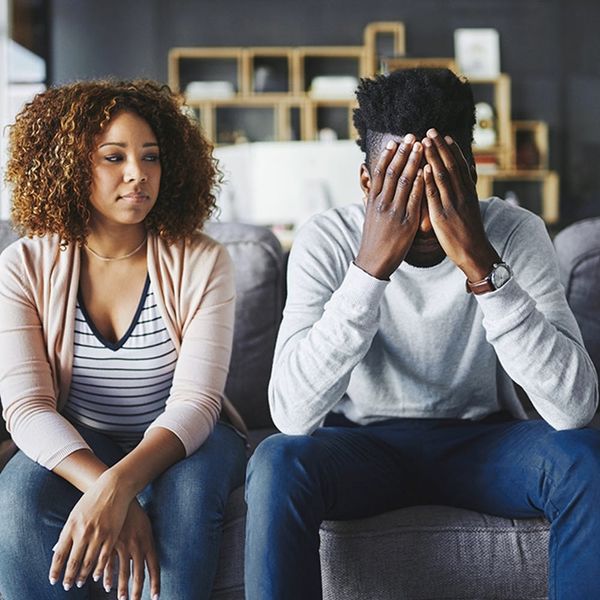 Let’s get real: There’s not much that can make a nasty fight with your significant other feel any better. Even if you manage to work things out, it can often take a good night’s sleep — at the very least — to really cut through the tension and get back into your usual rhythm. You can read all the conflict resolution books you want, but it’s probably not going to change this simple fact: Arguing with bae is pretty much the worst. And while taking a time-out mid-argument isn’t going to fully shake the memory of whatever comment or insensitive behavior started it in the first place, it might give you the time and space you need to neutralize things so you can dial down the overall intensity and recover more quickly.

We’ve spoken to plenty of relationship experts who swear by this time-out method, but if you’re going to suggest a pause in conflict with your partner, it’s important that you establish some ground rules and take that break in the right way. Here are eight tips that will help ensure that your time-out is as loving and productive as possible.

1. Choose a code word. In the heat of an argument, it’s not always easy to read the subtle cues from your partner that would normally make it quite obvious to you that your special someone is in serious need of a break from the tension. A code word might be just the thing you need to improve this line of fight-specific communication. “One of my favorite things to have couples do is pick a code word that essentially means ‘I’m about to really lose it if this keeps going,'” licensed mental health counselor Erin Parisi says. “I like to pick a ridiculous word, which also serves to break the tension. Whatever it is, it should mean time out.” Get clear with your S.O. now on a word that will initiate an official time-out next time things get a little too hot.

2. Shut it down at level eight. Use a one-to-10 scale to measure your own emotional intensity, and ask your partner to do the same. Amica Graber — a communications offer at TruthFinder, a public records website with an emphasis on dating — recommends taking a time-out from any conflict when one or both of the involved parties feels like they’re hitting a level eight. Grab some space and return to the conversation when both sides are feeling a little closer to a level five.

3. Talk about the time-out in a non-judgmental way. “I think we need to take a break if we’re going to deal with this constructively” is going to sound a lot better to your other half than “You’re too angry to talk now!” Couples counselor Raffi Bilek emphasizes the importance of these subtle changes in messaging when suggesting a pause in the action.

4. Make it clear that you plan to reconvene. When you’re not the partner seeking a time-out, it can often feel like your S.O. simply wants to walk away from a fight or forget about it — or, even worse, like he or she is so angry with you that they can’t stand to continue the tough conversation. Be sure that there are no misconceptions on either side by communicating about what the end of the time-out will look like. Matchmaking and dating expert Stef Safran encourages frustrated partners to clearly vocalize that a cool-off period is the best thing for them in the moment and to give a specific estimate for how long they might need. This kind of reassurance will make the time-out feel a lot safer for everyone involved.

5. Affirm each other. As part of that explicit communication about how the verbal time-out is going to play out, don’t forget to remind your partner that you love them! Use the alone time you’ve established to really reflect on “why you have chosen to be with your partner and what you like about them,” family lawyer Valerie Fenchel says. You’ll come back to the next phase of the conversation with a positive attitude, and your partner will feel confident that they’re not going to lose you. “If you walk away and continue to think and feel negatively about your S.O., you will just come back armed with more arguments,” counselor Julienne Derichs says. No one needs more reasons to argue.

6. Write things down. If you’ve agreed to take some space from the argument but can’t help but think of all the things you still need to say — literally, #allthethings — psychotherapist Rose Lawrence recommends using the down time to handwrite what you want your partner to know. “This really works great when emotions are running high because you actually have to think about what you want to say,” Lawrence tells us.

7. Get moving. If you and your partner both like a good sweat session, there’s no better time for a workout date than mid-argument! (We know this sounds weird, but hear us out.) Personal consultant Benjamin Ritter says that the tension you feel during a fight with your significant other might be most effectively redirected into some intense physical activity. “[Exercise] diverts your mental and physical energy to a specific task other than arguing,” he tells us.

8. Slow things down. Use the time-out as an opportunity to change the pace of your discussion. “Slow down the interaction,” licensed clinical marriage and family therapist Jessica Schroeder says. “Arguments progress quickly. When couples can slow down their interactions, they can be more curious about why they are arguing.”

Does taking a time out from a fight work for you and your significant other? Tweet us @BritandCo!

Alli Hoff Kosik
Alli Hoff Kosik is a freelance writer who is passionate about reading, running, rainbow sprinkles, her lipstick collection, watching embarrassing reality TV, and drinking pink wine. She lives in Brooklyn with her husband and (in her dreams, at least) three golden retriever puppies. Listen to her talk books on The SSR Podcast.
Dating
Relationships
Dating Love Marriage Relationship Advice