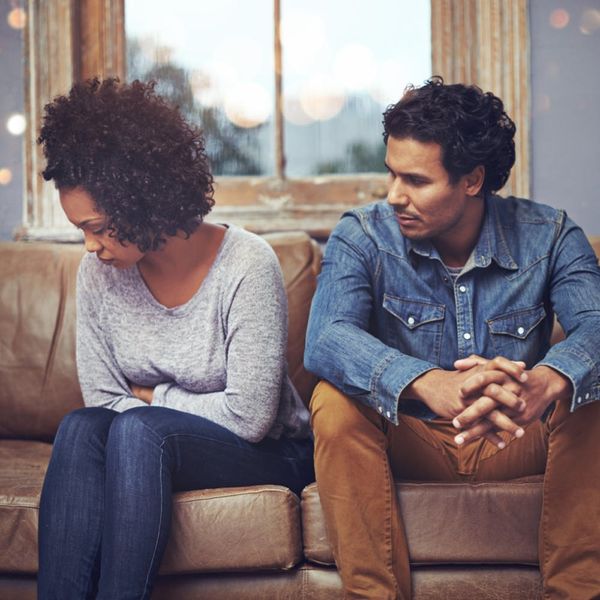 We’ve all heard the adage “opposites attract,” but the truth is that relationships are even more fun when you and your partner share some similarities. At the most basic level, dinner dates are better for all parties when you like the same foods, and it’s a lot easier to make weekend plans when you and bae have common interests. And in the long run, it’s pretty important that you can relate to each other on key goals and values too. There is, however, one thing that’s especially important to share in common with an S.O…. and it’s probably not what you’re thinking.

We recently met with eHarmony CEO Grant Langston to talk all things dating, relationships, and data — more specifically, the data from the online dating platform’s Happiness Index report, which surveyed more than 2,000 people who are married or in serious relationships to learn more about the state of partnerships in 2018. One of the most important predictors of long-term success in romantic relationships? The extent to which the people in said romantic relationships approach — or can learn to approach — conflict resolution in the same way.

“At the end of the day, all couples are going to argue,” Langston tells us. “This doesn’t mean you aren’t a happy couple. What matters more is how people fight and resolve conflict and, ultimately, communicate.”

Relationships in which each partner has a wildly different conflict resolution strategy — one person tends to yell and the other shuts down at the slightest increase in volume, for example, or one person tends to totally word vomit and the other needs plenty of dead air over the course of a confrontation in order to collect their thoughts — will likely struggle more than relationships in which both partners fight the same way. While there’s certainly room to learn from each other over time and to find a sweet-spot conflict resolution style that works for everyone involved, it’s obviously a lot easier when you’re starting with more similarities than differences.

Regardless of your natural conflict resolution tendencies, Langston does have some thoughts on which methods are generally the best and most productive. “We see that couples who treat conflict as situational and who don’t engage in personal attacks are in some of the happier relationships,” he says. “They also both value open communication and compromise — two vital ingredients to a healthy partnership.”

The takeaways here? First, if you and bae already jump into a similar mode at the first hint of an impending disagreement, you should feel good! According to eHarmony’s experience, this is a very promising sign.

If, however, you and your S.O. aren’t starting on the same page with resolving conflict, don’t freak out. Open up those oh-so-vital lines of communication and talk about what adjustments you each might be able to make to your personal styles so that next time you’re at odds with each other, you’ll be ready with a strategy to correct it that resonates with both of your personalities. There’s plenty of hope for you yet!

Do you and your S.O. have a similar approach to handling conflict? Tweet us @BritandCo!

Alli Hoff Kosik
Alli Hoff Kosik is a freelance writer who is passionate about reading, running, rainbow sprinkles, her lipstick collection, watching embarrassing reality TV, and drinking pink wine. She lives in Brooklyn with her husband and (in her dreams, at least) three golden retriever puppies. Listen to her talk books on The SSR Podcast.
Dating
Relationships
Dating love Relationship Advice