The ‘Incredibles 2’ Cast Just Got Even More, Well, Incredible 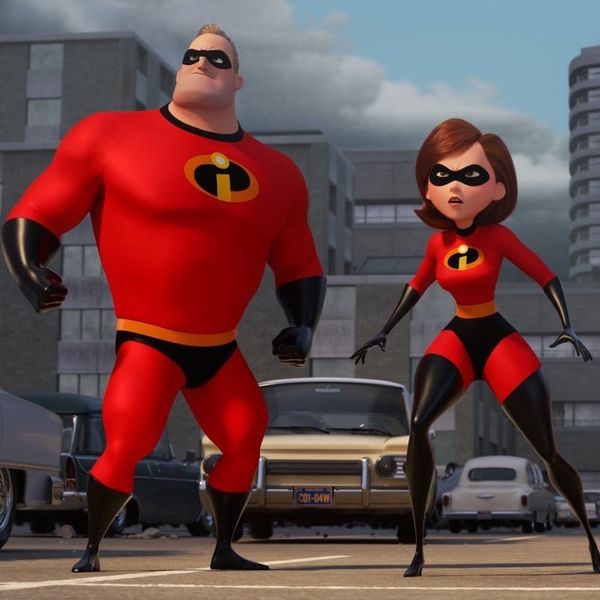 We already suspected that Incredibles 2 would be one of the best animated movies of 2018, and now we’re even more convinced, thanks to the addition of some new characters and cast members.

As in the first film, you’ll hear the voices of Holly Hunter, Craig T. Nelson, Sarah Vowell, and Samuel L. Jackson (as Helen Parr/Elastigirl, Bob Parr/Mr. Incredible, Violet Parr, and Lucius Best/Frozone, respectively). And, yes, Brad Bird will be bringing back the beloved Edna Mode. However, along with Huck Milner taking over as Dash, there will be a few new voices in the mix too.

Disney-Pixar took to Twitter to reveal some of the stars who will lend their talents to the upcoming sequel, which, according to the director, picks up “literally where the first film left off, with Mr. Incredible and Elastigirl battling The Underminer, while Violet and Dash are stuck with babysitting Jack-Jack.”

Playing on the popular Google Arts and Culture app that went viral last week, Disney matched the cast members not with fine-art lookalikes, but with their animated counterparts.

This experiment yielded some Incredible results. 💥 Follow this thread to meet the cast of #Incredibles2. pic.twitter.com/iAkmsR96xg

Fans of Better Call Saul will surely recognize Bob Odenkirk as the voice of Winston Deavor, a wealthy telecommunications figure who, according to Entertainment Weekly, is “big in everything he does — including his infatuation with Supers.”

Deavor will be joined by his “tech-happy” genius of a sister, Evelyn, voiced by The 40-Year-Old Virgin‘s Catherine Keener.

Another Better Call Saul alum, Jonathan Banks, will voice Super Relocation Program agent Rick Dicker. “Rick takes his job very seriously — at least until his division is shuttered, leaving the Parrs all on their own,” EW reports. (That sounds… dire.)

On a happier note, Sophia Bush is hopping on board as a new Super, Voyd. Her abilities allow her to “divert and manipulate objects around her by creating voids that allow the objects to appear and disappear, and shift in space.” So cool!

And then there’s Isabella Rossellini, whom we’ll see (or hear) as the Ambassador, a foreign dignitary who is in favor of the legal return of Supers. But surely things are never really that straightforward.

With all of these new characters joining the action, we have no doubt that Incredibles 2 will be twice as much fun when it hits theaters on June 15.

What do you think about the new Incredibles 2 cast and characters? Let us know @BritandCo!