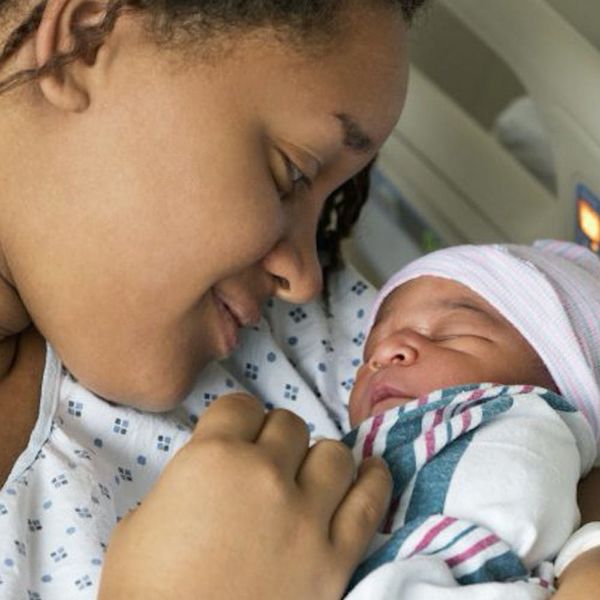 That’s what Los Angeles nurse Katie Vigos started wondering after images on her Instagram account, Empowered Birth Project, were taken down by the site’s controls. In a Change.org petition to allow uncensored images of birth on Instagram, Vigos explains that there is an appetite for these types of images, with hundreds of thousands of users following birth-related accounts. Yet on many of these accounts, images are consistently removed.

“Instagram continues to categorize physiological birth with pornography, graphic violence, profanity, and other subject matter it deems too offensive for the public eye,” writes Vigos. “Birth does not belong in the same category as any of these things.”

Vigo says that the removal of these images perpetuates shame and stigma around the birthing process, when we should be celebrating and helping people understand it.

“We know that there are times when people might want to share nude images that are artistic or creative in nature, but for a variety of reasons, we don’t allow nudity on Instagram. This includes photos, videos, and some digitally-created content that show sexual intercourse, genitals, and close-ups of fully-nude buttocks. It also includes some photos of female nipples, but photos of post-mastectomy scarring and women actively breastfeeding are allowed. Nudity in photos of paintings and sculptures is OK, too.”

The site has even taken its censorship of women’s bodies beyond nudity. In 2015, the site removed images of poet Rupi Kaur’s fully clothed body with a spot of period blood on the butt of her pants (the site later apologized and reinstated the photo).

Facebook has also banned some birth images, including this incredible water birth image, which went viral before being removed by the site’s monitors. The photographer then shared it on Instagram, where it was also banned.

In her petition, Vigo asks Instagram to stop categorizing birth photos as offensive material. She proposes that birth content be recategorized as educational, and that graphic images of birth be blurred so that users can decide for themselves whether they want to click on the image and view it.

The petition can be found at Change.org, and so far has gathered some 21,000 signatures.

What do you think of the proposed change? Tell us @britandco!

Lia Grainger
Lia Grainger is a freelance journalist and reluctant nomad who divides her time between Canada and Spain, weather dependent. She's written for The Atlantic, Reader's Digest, the Toronto Star and other print and online publications, and her work appears in dozens of languages around the world.
Controversy
Current Events
Controversy Instagram New Moms
More From Current Events