Ivanka Trump Says Her Father’s Comments Were “Inappropriate and Offensive” 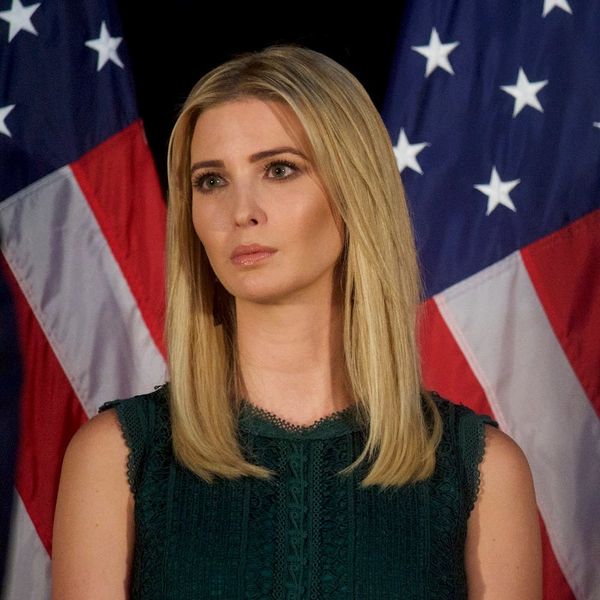 With Hillary Clinton nabbing a historical endorsement from Vogue and Melania Trump defending her husband’s actions by calling him a “boy” who’s easily influenced, it hasn’t been the best week for Donald Trump. Now, his daughter Ivanka Trump — who has publicly been one of his biggest supporters while also positioning herself as a voice for working women — has FINALLY made a statement about her father’s controversial comments.

After conducting multiple interviews with 34-year-old Ivanka for an in-depth feature on the Trump daughter (and mother to three children of her own), Fast Company followed up with the woman who wants her father to be president to ask her about the now-famous sexual assault comment.

“My father’s comments were clearly inappropriate and offensive,” Ivanka responded in a statement.

She then added, “I’m glad that he acknowledged this fact with an immediate apology to my family and the American people.”

Not the first time Ivanka has had to explain and defend (even condemn?) her father’s behavior, and by the look of things, it probably won’t be the last time either.

What do you think about Ivanka’s response to the sitch? Tweet us @BritandCo!