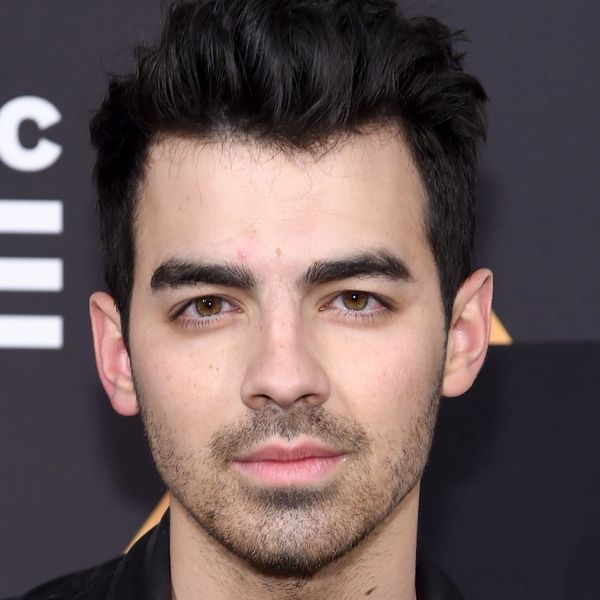 Joe Jonas is sporting some brand new ink and you just might recognize his inspo — at least if fan theories prove accurate! The DNCE singer took to Instagram to show off his latest masterpiece yesterday, and unlike some of his previous pieces, such as the knotted rope directly above it, this one had an element of… familiarity.

The tattoo features a woman in profile sitting within a square black box boarder. While it’s entirely possible that the artwork is merely arbitrary, Jophie enthusiasts are convinced it’s meant to represent one very special lady in the middle Jonas brother’s life: his fiancée, Sophie Turner.

The VMAs performer has yet to comment on the inspiration behind his new ink, giving only his tattoo artists’ name of Curtis Montgomery away with his caption. Still, it hasn’t stopped speculation from running wild that the piece is, in fact, the RL Sansa Stark: Some even pointed to a scene in which the Game of Thrones actresses’ character sits in a similar manner.

There's a scene where Sansa is exactly like in Joe's tattoo so yes, it's Sophie/Sansa Stark

Jonas, 28, got engaged to Turner, 22 this past October, letting the world in on their happy news with a photo of Turner’s ring and the respective captions “I/She said yes.”

If his newest artwork should prove to be an homage to his lady love, he certainly wouldn’t be alone: Arielle Winter and boyfriend Levi Meaden got matching tats for one another last June, and Zayn Malik may or may not have one of girlfriend Gigi Hadid’s features permanently etched onto his skin.

Do you think Joe’s tattoo is an homage to Sophie? Sound off over @BritandCo.

Nicole Briese
Nicole is the weekend editor for Brit + Co who loves bringing you all the latest buzz. When she's not busy typing away into the wee hours, you can usually find her canoodling with her fur babies, rooting around in a bookstore, or rocking out at a concert of some sort (Guns N' Roses forever!). Check out all her latest musings and past work at nicolebjean.com.
Celebrity Couples
Beauty News
Celebrity Couples love Tattoos