Everything You Need to Know About the 2017 MTV VMAs 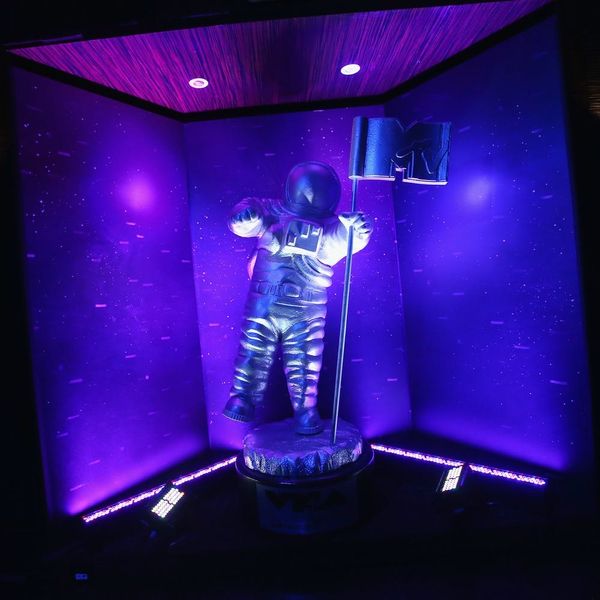 The 2017 MTV Video Music Awards are going down on Sunday, August 27, at The Forum in Inglewood, California, and you can bet we’re already zipping up our spacesuits for a cosmic trip to outer space.

To make sure you don’t miss any of the action, we’ve got the rundown on every who, what, where, and when you need to know about the 2017 MTV VMAs.

The VMAs start at 8pm ET/PT on MTV.

If you’re looking for some red carpet action (aren’t we all?!), tune in starting at 7pm ET/PT for the pre-show hosted by Lil Yachty. MTV’s Terrence J, Charlamagne Tha God, and Gaby Wilson will be talking to guests as they arrive, and Bleachers, Khalid, and Cardi B are set to perform.

Katy Perry is hosting and performing a medley of her songs. She also has five nominations, including Best Collaboration (for Calvin Harris’ “Feels,” featuring Perry, Pharrell Williams, and Big Sean), Best Art Direction (for “Bon Appetit”), and Best Pop, Best Direction, and Best Visual Effects (all for “Chained to the Rhythm”). It’s going to be a busy night for Perry!

According to Variety, this year’s show will feature FIVE WHOLE STAGES. And it certainly sounds like they’ll need ’em: Viewers can expect performances from Katy Perry, Kendrick Lamar, Miley Cyrus, Lorde, Ed Sheeran, Shawn Mendes, Fifth Harmony (joined by Gucci Mane on their hit single “Down”), Thirty Seconds to Mars, Logic, Khalid, Post Malone, Alessia Cara, Kyle, and Julia Michaels. There will also be two remote performances live from Vegas — Demi Lovato will perform “Sorry Not Sorry,” and the Joe Jonas-fronted DNCE will join Sir Rod Stewart (!) for an updated version of Stewart’s classic “Da Ya Think I’m Sexy.” Sound like a lot? It is — it’s reportedly the most performers ever booked for the VMAs.

Who is nominated for what?

Kendrick Lamar leads the pack with EIGHT nominations, while Katy Perry, DJ Khaled, and The Weeknd are tied at five nominations each. See the Video of the Year competitors below, and check out the full list of nominees right here.

VIDEO OF THE YEAR

Wait, some of those categories are new. Did they change?

Yep. For the 2017 VMAs, MTV made all its categories gender-neutral, like they did earlier in the year for the 2017 MTV Movie & TV Awards. (The famous Moonman statue was also renamed a Moon Person.) The Best Female Video and Best Male Video awards were replaced with a singular Artist of the Year category, and MTV brought back its short-lived social awareness award, previously called Best Video With a Social Message, as Best Fight Against the System.

P!nk is the Vanguard recipient this year, and there’s a good chance that her signature acrobatics will be on display to compete with Rihanna’s four-performance Vanguard set last year.

Duh! But they wouldn’t be surprises if we knew about them in advance, would they? One of this year’s major rumors is that Taylor Swift, who is not one of the announced performers but who is in the midst of a new-music media storm, will make an appearance — possibly with Katy Perry, effectively squashing their long-running feud. VMAs producer Garrett English squashed that rumor, though, telling ET, “That’s not happening as far as [I know].” Hmmm, sounds vague to us! The MTV VMAs have had their share of beefs in the past, so we might get to see a little harmless drama too.

What are you looking forward to on the MTV VMAs? Let us know @BritandCo!