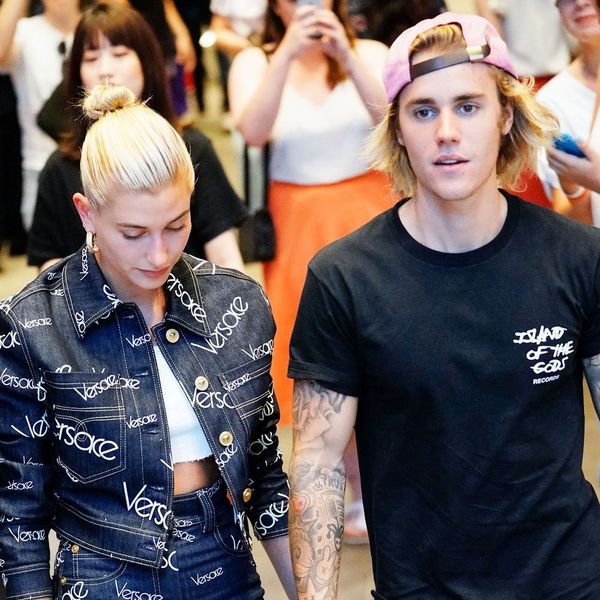 Congratulations may be in order for Justin Bieber and Hailey Baldwin. The on-again lovebids are reportedly engaged, according to TMZ, People, and Us Weekly. TMZ reports that Bieber proposed Saturday in the Bahamas.

Neither star has commented on the rumors, but Bieber’s parents appeared to hint at some happy news on social media. His dad, Jeremy, posted an Instagram photo of the singer at sunset, writing, “Proud is an understatement! Excited for the next chapter!” And his mom, Pattie Mallette, tweeted cryptically, “Love Love Love Love Love Love Love.”

The “Love Yourself” performer, 24, and the model, 21, were friends for a long time before they dated and then split in 2016. Baldwin told the UK’s Times newspaper earlier this year that they “went through a long period of time” after that when they “didn’t speak,” but that they ultimately moved past the weirdness into friendship. “He’s somebody I really cherish,” she said in May. “Now it’s a very mature situation. It’s good.”

At the time, she told the paper they’d realized they were better off as friends, but not long after, they were spotted packing on the PDA in New York City.

Bieber, for his part, actually considered the idea of marrying Baldwin two years ago. Although he wasn’t ready for a big commitment when they first dated, he told GQ in 2016 that he could imagine someday changing his mind.

“Right now in my life, I don’t want to be held down by anything. I already have a lot that I have to commit to. A lot of responsibilities. … So now I’m just more so looking at the future, making sure I’m not damaging them,” he said at the time. “What if Hailey ends up being the girl I’m gonna marry, right? If I rush into anything, if I damage her, then it’s always gonna be damaged. It’s really hard to fix wounds like that. It’s so hard. … I just don’t want to hurt her.”