All the Deets on Kaley Cuoco’s Stunning Engagement Ring 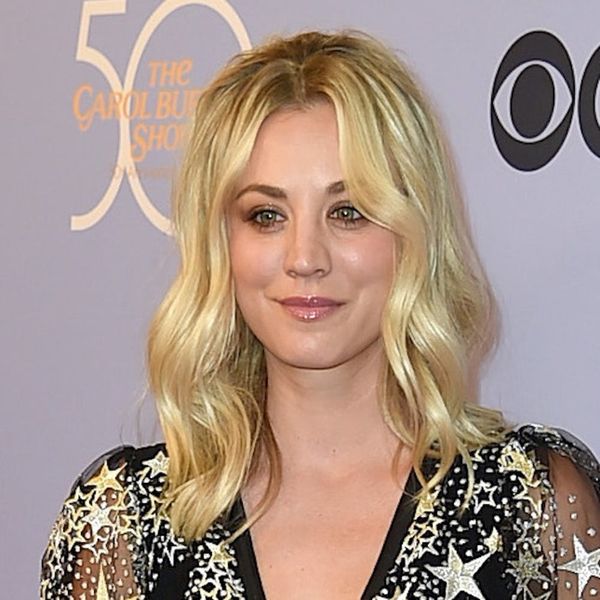 Meghan Markle’s not the only one with a brand new stunner on *that * finger! Kaley Cuoco, who took to Instagram to share the happy news of her engagement to now-fiancé Karl Cook, also has some novel bling to speak of, and it’s definitely a head-turner.

In a video that shows The Big Bang Theory star crying and laughing in disbelief, she held up her shiny new diamond for the world to see, saying, “We’re engaged!”

Her husband-to-be gave us an even better view of the Nadis Diamonds sparkler from his own Instagram page, writing, “I am so, so happy. Thank you @nadis_diamonds for making the greatest ring I could hope for. Absolutely brilliant.” He isn’t kidding — look at that shine! By the looks of it, this new bauble is about two to three carats pear-shaped diamond set on a reverse-graduated pavé diamond band.

The jeweler also showed off its creation on social media, wishing the couple congratulations and saying, “We’re so happy you love the ring!”

The new ring is quite the departure from the 2.5 carat cushion cut ring with a halo she got from her first husband, Ryan Sweeting.

As for Cuoco, 32, she’s clearly taken with her fiancé’s choice. She drew a giant heart around it on Instagram stories, adding KC [squared]. Awwww! Congratulations, Kaley and Karl!

What do you think of Kaley’s new bling? Share with us @BritandCo.

Nicole Briese
Nicole is the weekend editor for Brit + Co who loves bringing you all the latest buzz. When she's not busy typing away into the wee hours, you can usually find her canoodling with her fur babies, rooting around in a bookstore, or rocking out at a concert of some sort (Guns N' Roses forever!). Check out all her latest musings and past work at nicolebjean.com.
Celebrity Engagement
Wedding Style
Celebrity Engagement Engagement Rings