Kaley Cuoco Is Engaged to Karl Cook! See Her Emotional Reaction to the Proposal 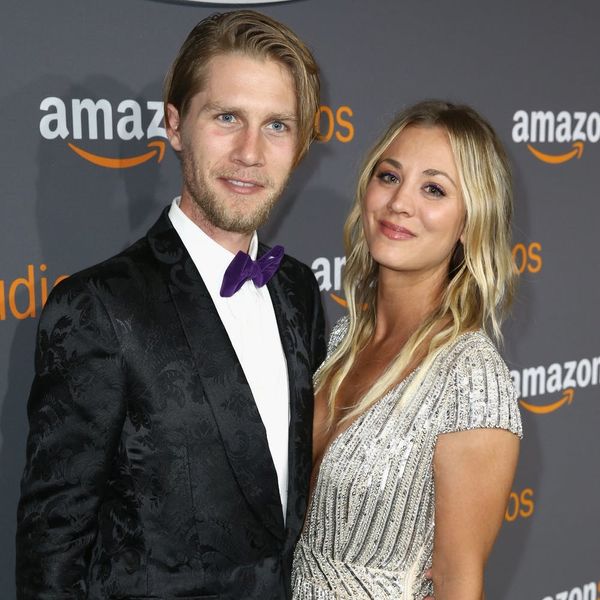 It’s an exciting start to the holidays for Kaley Cuoco! The Big Bang Theory star revealed that she is engaged to boyfriend Karl Cook, and her reaction to the proposal was so emotional — and also totally adorable.

In an Instagram video posted to both of their accounts, Cuoco can’t contain her tears, and Cook can be heard asking, “What’s on your finger, hon?” She shows a beautiful diamond ring and squeaks out an excited, “We’re engaged!” before starting to bawl again. Cook reminds his now-fiancée that she still hasn’t officially said yes, so she rectifies it immediately by saying “Yes!” repeatedly while cry-laughing.

Still crying 💍 every part of this night has been perfection just like you @mrtankcook I love you forever!

“Still crying,” wrote Cuoco. “Every part of this night has been perfection just like you @mrtankcook. I love you forever!”

Just hours before the proposal, Cook, a professional equestrian, posted a photo of himself holding up a giant novelty diamond ring in Target while Cuoco looked on, unimpressed. Shortly after, he posted the real deal. “Who knew my prior post was oracular?” he wrote. “After nearly two years I finally got up the courage to ask her to marry me. This is the best night of my life and I think the video shows it is the best night for Kaley as well…..of [course] she said yes!!”

Cook also shared a close-up of the gorgeous pear-shaped diamond ring he gave his bride-to-be.

The celebrations for the pair continued into the night, as they danced to Ed Sheeran’s romantic ballad “Perfect” and showered each other with affection. “All I want is to be a balloon bouncing, bobbing, and flowing through life together,” Cook wrote to his new fiancée. “You are my everything.”

In life, there is nothing like dancing right after getting engaged. The purity and grace of the moment are inexplicable, it is truly as though life were a balloon bouncing on the smoothest zephyr. Honey; all I want is to be a balloon bouncing, bobbing, and flowing through life together. You are my everything @normancook

The happy couple started dating in spring 2016, just a few months after Cuoco split from her ex-husband Ryan Sweeting in late 2015. Earlier this year, Cuoco teased fans about engagement rumors between the two lovebirds — and now, they’ve come true. Congrats to the happy couple!

What do you think of Kaley’s reaction? Let us know @BritandCo!