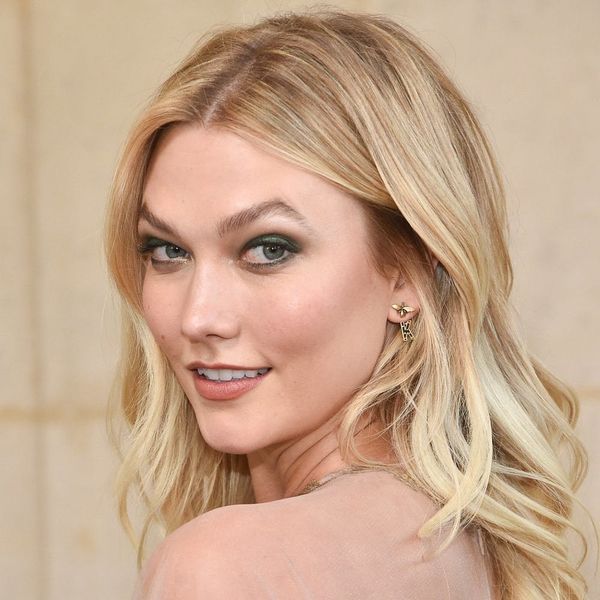 As fashion month kicks off, Karlie Kloss took a moment to step away from the front row and into celebrity hairstylist Harry Josh’s chair for a spring-ready makeover. Before debuting her latest hair transformation, the Project Runway host teased the haircut by posting a photo of hair snippings with a text overlay that read “… 💇🏼” via Instagram on Thursday, February 7, 2019. (Photo via Pascal Le Segretain/ Getty)

Josh, who also styles Cindy Crawford and Miranda Kerr, shared the result in a fun video captioned, “Scissor happy week! Another big cut this time on @karliekloss #newyearnewhair #haircutbully ❤️.” In it, Kloss shows off the shortened length that hits at her collarbone while saying, “You talked me off the ledge — you talked me into cutting seven inches of my hair off. New year, new me.”

This isn’t the first time Kloss has gone for a shorter look. Back in 2013, she made waves when she cut off her long, wavy locks in favor of a a short bob, which ultimately became known simply as the Karlie. Then, leading up to the 2017 Met Gala, she chopped her hair into a sharp, chin-grazing, asymmetric bob, posting, “Cutting it close!! T minus one hour…. @HouseofHerrera.” (Photo via Gilbert Carrasquillo/ Getty)

Rebecca Norris
Rebecca Norris is the Beauty Editor at Brit + Co. With a New York apartment that looks more like a Sephora than a home, she's just as quick to roll up her sleeves to swatch all the best bold lipsticks, as she is to hop in a dermatologist's chair to review a vampire facial. After all, anything in the name of a good story, right?
Celebrity Hair
Beauty News
Celebrity Hair Haircuts
More From Beauty News