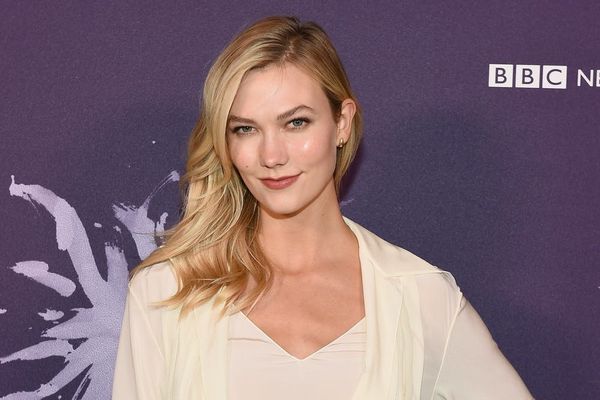 Heidi Klum and Tim Gunn left some big (and very fashionable) shoes to fill on Project Runway, but it looks like their replacements, Karlie Kloss and Christian Siriano, are up to the task. The two newcomers made their debut in a trailer for the upcoming season, which is set to debut on Bravo in March.

BRING IT TO THE RUNWAY. #ProjectRunway returns to @bravotv sooner than you think 😉

Kloss and Siriano — who won Project Runway way back in season 4 and has since created his own successful brand — will star alongside Elle editor-in-chief Nina Garcia, designer Brandon Maxwell, and journalist Elaine Welteroth (the former editor-in-chief of Teen Vogue). Kloss is taking over for Klum as host, Siriano will act as a mentor to the designers, and Garcia, Maxwell, and Welteroth will be judges.

All five appear in the trailer, which popped up on Instagram on Tuesday, January 15, and promises a “bigger, brighter, and bolder” season.”This March, all runways lead to Bravo,” Siriano declares, as the camera pans over tables covered in fabric, zippers, and sewing equipment. Kloss then tells the camera, “This is the only way to runway.”

The model, who married Joshua Kushner at the end of last year, released a statement about her new role back in October, saying, “As someone who grew up watching Project Runway, I could not be more excited to host and produce a series that provides a platform to aspiring American designers as they pursue their creative and entrepreneurial dreams.”

She added that she’s thrilled to have an opportunity “to inspire, support, and help guide these designers as they realize their visions and build everlasting brands and businesses.”

Bravo has not yet announced an exact premiere date for the new season, bu the Instagram caption for the teaser says it’ll be here “sooner than you think.”

Are you excited to watch Karlie Kloss and Christian Siriano on Project Runway? Tell us on Twitter @BritandCo.