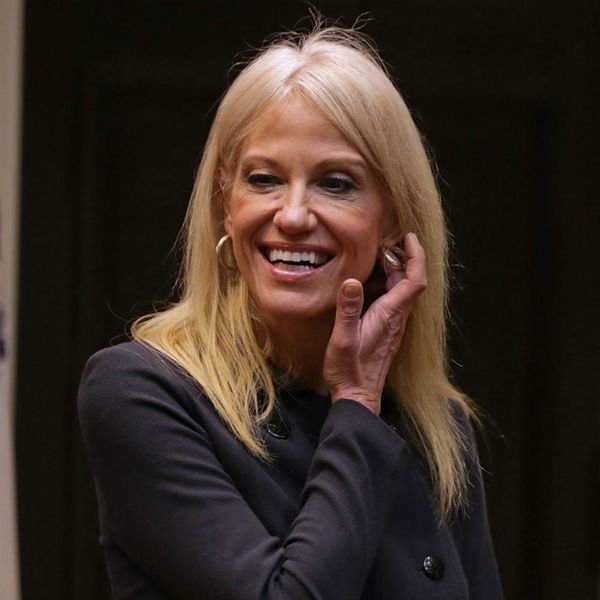 While we continue to watch all the curious things coming out of the White House, one thing’s for sure — Kellyanne Conway will always say something newsworthy. The President’s television surrogate was live this morning on Fox and Friends and used her time on air to promote Ivanka Trump’s product line, which is being pulled from many store shelves across the country after much speculation on her brand and her role within the Trump White House. Turns out, Kellyanne’s comments are technically against the law, though we’re not sure how this will play out.

According to The Washington Post, an endorsement by a government employee is not only unethical, but it breaks a specific law that states, “An employee shall not use his public office for his own private gain, for the endorsement of any product, service or enterprise, or for the private gain of friends, relatives or persons with whom the employee is affiliated in a non-governmental capacity, including non profit organisations of which the employee is an officer or a member…”

According to The Post, it is up to Conway’s bosses at The White House (AKA President Trump) to enforce this law, which suggests that employees found guilty of breaking this rule should be punished with a multi-day suspension and loss of pay. While we can’t speculate on what, if anything, will be done in this case, we’re definitely very curious to know if Conway will continue to promote Ivanka’s brand publicly.

Have you ever done something you shouldn’t have at work? Tell us about it @BritandCo!