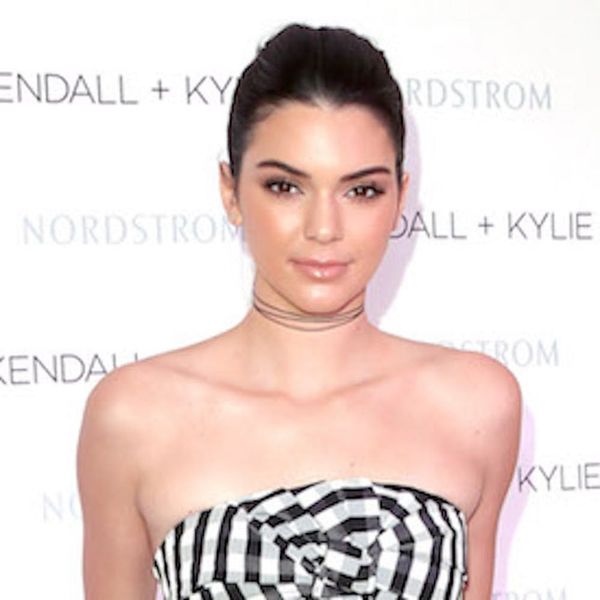 Kendall Jenner doesn’t shy away from showing off her body, especially her nipples (or her nipple piercing!). She’s been especially vocal about #FreeTheNipple, so we were a little surprised when the 21-year-old model Instagrammed a photo in November wearing a sheer black bodysuit with pizza emoji over her nipples when we’d already seen the paparazzi version. She took to her app to let us in on the story.

It turns out, she texted the photo to her friends Gigi Hadid and Hailey Baldwin to see if they thought she should post the pic on the ‘gram.

“I took this photo over the summer in New York,” she wrote. I don’t know if you can relate, but I just felt like I was having a really good boob day, lol. Do you know what I mean? Your boobs go through phases and on this particular day, I felt like they just looked nice! :) My shirt was see-through, so I took this photo and just texted it to Hailey and Gigi before I left to meet them and was like, ‘Is this too much?’ They wrote back, ‘It’s kind of a lot, but if you’re into it, go for it!'”

Kendall decided to use pizza emoji because it’s a “nod to Pizza Boys,” the friend/DJ group that she’s part of.

Well, glad she cleared that up for us.

Who’s ready to start using pizza emoji on their photos too? Tweet us @BritandCo!

Channing Hargrove
Channing Hargrove is a freelance fashion editor and writer in New York City. When she isn’t writing about clothing (or shopping, for research, of course), Channing is writing about life in a tiny studio apartment in a big city — and what she’s wearing — on her blog, Channing in the City.
Celebrity Style
Celeb Style
Celebrity Style Emoji Kardashians
More From Celeb Style