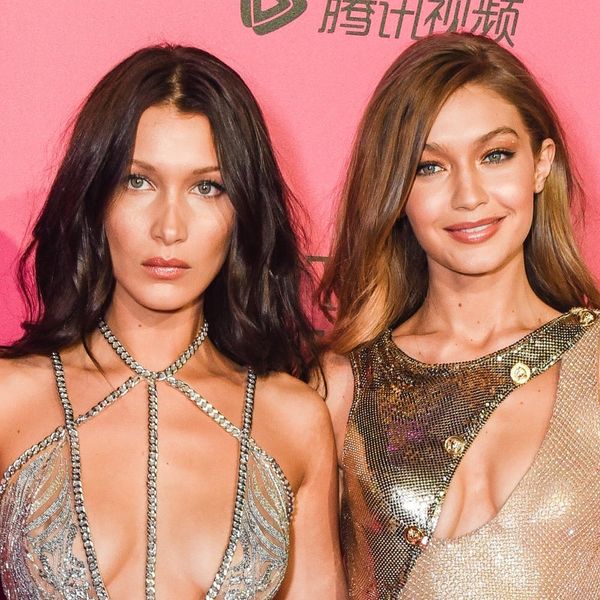 It was a pretty wild weekend when it comes to the US political sitch (something we should probably get used to). President Trump instituted an executive order to ban those with visas and green cards from certain countries entering the US, and as chaos ensued and protests popped up at airports across the country, a judge stepped in with a national stay. As folks again took to the streets to voice their opposition and tech giants spoke out against the ban, Bella and Gigi Hadid also decided it was time to get in on the action.

Plenty of peeps were surprised to see Bella and Gigi protesting, but there’s a good reason why they would feel this issue is close to them in a very personal way: Both of their parents are immigrants.

Bella and Gigi’s father, Mohamed Hadid, was born in Nazareth (now Israel), and their mother, Yolanda Hadid (yep, she’s dropped Foster and gone back to Hadid), is originally from the Netherlands. If an immigration ban had existed when their parents had made their big moves to America, Bella and Gigi, well, just wouldn’t exist at all.

Seeing how this ban could have affected their own family, it looks like the sisters were ready to step out to have their say.

love this sign from Gigi and Bella Hadid during a protest march in NYC Sunday #NoBanNoWall https://t.co/sRXcyt1EOJ@lottiep_13 pic.twitter.com/JOUFXbUcq8

Showing up to the #NoBanNoWall protest march in NYC Sunday, the duo held up a handwritten sign with a giant heart and the words: We are all Hindus Buddhists Muslims Atheists Christians Jews (which placed in a certain way made up the main word that connects us all: Humans).

It looks like this super heated political environment we’re currently in has sparked a fire in previously play-it-cool celebs.

What do you think about Bella and Gigi Hadid protesting? Tweet us @BritandCo!