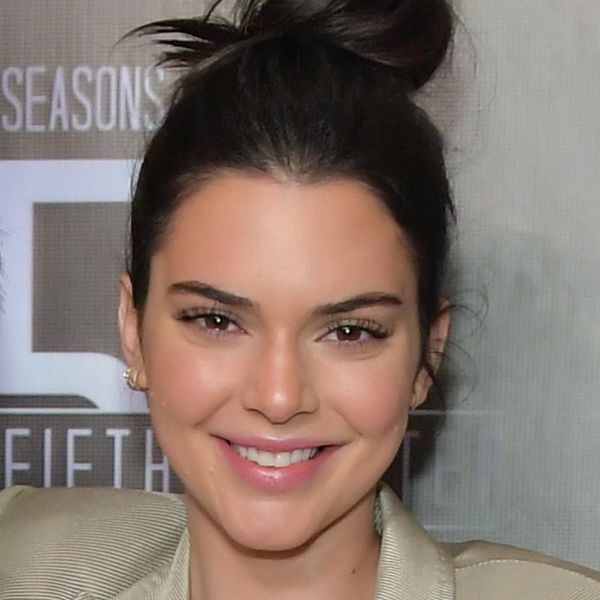 It’s safe to say that between Kim Kardashian West’s surrogacy, Khloé Kardashian’s pregnancy, and Kylie Jenner’s rumored pregnancy/new motherhood, Kardashian baby fever is in full swing. But there’s one member of the family that will have you know that she’s NOT with child, thank you very much.

Thus far, Kendall Jenner has largely escaped the baby buzz surrounding her sisters. As it turns out, even she’s not completely immune, however. The supermodel posted a shot of herself to Instagram over the weekend in a skintight polka dot dress that had many buzzing about whether or not the 22-year-old might, in fact, be pregnant.

“Loner life,” she captioned the pic.

Almost immediately, comments such as, “Are you pregnant??????????”, “Pregnant???”, and “Omg is she pregnant??” began to flood in, with people scrutinizing the reality star’s midsection.

Rather than taking the same silent approach her sisters have taken with regard to such rumors, Jenner was quick to shut them down, taking to Twitter with a hilarious response that had us cheering.

Retweeting an article headline from MTV Australia which read, “Ummm so fans now reckon @KendallJenner is preggers thanks to this Instagram pic?!” she wrote, “I just like bagels ok!!!”

Welp, there you have it, folks, straight from the horses’ mouth. *This* KarJenner sister is NOT pregnant — but she IS funny.

What do you think of Kendall’s hilarious response? Share over @BritandCo.

Nicole Briese
Nicole is the weekend editor for Brit + Co who loves bringing you all the latest buzz. When she's not busy typing away into the wee hours, you can usually find her canoodling with her fur babies, rooting around in a bookstore, or rocking out at a concert of some sort (Guns N' Roses forever!). Check out all her latest musings and past work at nicolebjean.com.
Celebrities
Celebrity News
Celebrities Celebrity Kardashians Kendall Jenner
More From Celebrity News