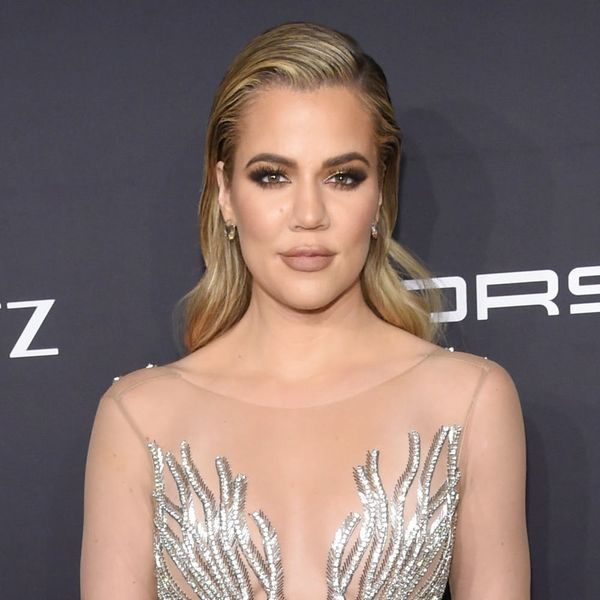 After months of speculation, Khloé Kardashian finally confirmed the rumors that she’s expecting a child with boyfriend Tristan Thompson. To announce the happy news, the reality star shared a sweet Instagram photo of Thompson cradling her baby bump. Curious fans couldn’t help but notice another detail in the pic, though: Kardashian’s rocking some bling that many think is a hint about the couple’s marital status.

My greatest dream realized! We are having a baby! I had been waiting and wondering but God had a plan all along. He knew what He was doing. I simply had to trust in Him and be patient. I still at times can't believe that our love created life! Tristan, thank you for loving me the way that you do! Thank you for treating me like a Queen! Thank you for making me feel beautiful at all stages! Tristan, most of all, Thank you for making me a MOMMY!!! You have made this experience even more magical than I could have envisioned! I will never forget how wonderful you've been to me during this time! Thank you for making me so happy my love! Thank you to everyone for the love and positive vibes! I know we've been keeping this quiet but we wanted to enjoy this between our family and close friends as long as we could privately. To enjoy our first precious moments just us ❤️ Thank you all for understanding. I am so thankful, excited, nervous, eager, overjoyed and scared all in one! But it's the best bundle of feelings I've ever felt in my life! ❤️❤️❤️

Fans immediately took to the comments as well as to Twitter to point out the rings on *that* finger and ask if the pair are engaged or perhaps already married. “I see the ring!” one user tweeted, which many others also noticed right away.

Is Khloé engaged? Bc in the photo that she posted she has a ring on THAT finger pic.twitter.com/GJwTeOMVmH

Ring? Is there another announcement to come? Is Khloe engaged?

As a surprise to practically no one at this point, Kardashian and Thompson have not confirmed or denied the rumors. According to ET, however, the pair are NOT married. “The rumors spread are made up and false,” a source told the site. “Khloe is in a committed relationship and very much in love, but they are not married.” Notice they didn’t say she’s not engaged? Hmm!

Kardashian was first rumored to be pregnant in late September, but kept quiet until last night. In her big reveal on Wednesday, the reality star said that she and Thompson kept the news to themselves in order to enjoy their first few months as parents-to-be away from the public eye.

“I know we’ve been keeping this quiet, but we wanted to enjoy this between our family and close friends as long as we could privately,” she wrote to fans. “To enjoy our first precious moments just us.” Whether they’re doing the same as newlyweds(-to-be?) remains to be seen.

Do you think Khloé dropped a marriage or engagement hint in her pregnancy announcement? Let us know @BritandCo!