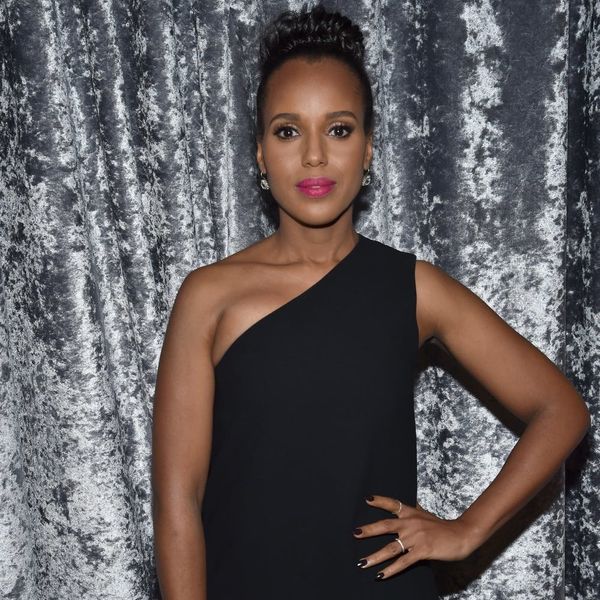 Aside from playing everyone’s favorite crisis management superstar on Scandal and serving up lots of second-day hairstyle inspo, Kerry Washington has also made a name for herself as a social media hack master. Our girl is making headlines again, but this time her news is all about baby. Yep, Kerry Washington is pregnant and expecting baby number two!

Walking the red carpet at the White House Correspondents’ Association Dinner in Washington, D.C., this weekend, Kerry wasn’t exactly hiding her baby bump in a one-shouldered frill-bottomed black dress, but she wasn’t exactly showing it off either, strategically placing her hands in front of her mid-section while gripping her tiny clutch.

As busy as the actress is starring on one of the most popular Shonda Rimes-creations on TV (Scandal fans, you’ll be happy to hear that Scandal has been renewed for a sixth season, according to EW), Kerry somehow balances life with a one-year-old daughter, Isabelle Amarachi, whom she had in 2014 with husband and NFL player Nnamdi Asomugha.

No news on a due date yet, but with the celebrity baby news coming fast these days, we’re sure there will be some (scandalous? nah!) tidbits soon. Until then, we’re keeping our eyes peeled for some gorg maternity style.

Are you excited about seeing Kerry’s maternity style? Tweet us @BritandCo!