This Adorable Video Proves Khloe Kardashian Is the Best Aunt 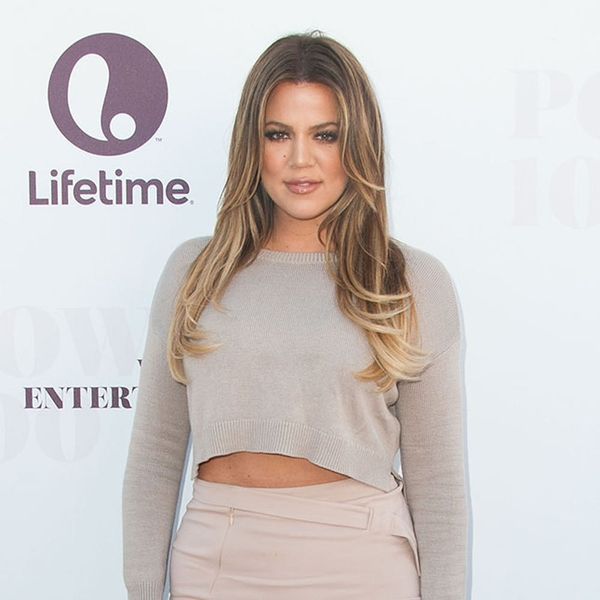 If it’s wrong to hope we’re reincarnated as one of Khloe Kardashian’s nieces in our next life, then we don’t want to be right. The reality star shared a glimpse of her slumber party with two-year-old North West (Kim + Kanye’s first little one) and three-year-old Penelope Disick (Kortney + Scott Disick’s daughter) this past Friday and finally put our great debate about which Kardashian has the best Instagram to rest for good. After all, we’re pretty sure this video is the cutest thing we’ve ever seen and definitely proves no one was having a better TGIF than these three (those giggles!).

Khloe’s caption “Like a diamond” leads us to believe the girls were singing Rihanna’s 2012 hit “Diamonds,” which we’re confident would make North’s dad Kanye proud. When they weren’t singing, Khloe kept her nieces entertained with animated movies.

And of course plenty of hugs — Penelope latches onto Khloe below and North doesn’t seem too far behind. Their hangout comes in the wake of a busy week for the Kardashian family, who attended the ESPY Awards to support Caitlyn Jenner a few days earlier. But we’d trade in all the glamour for a romp with this trio any day. Fingers crossed we’re invited to her next slumber party.

Now that we know how Khloe entertains her nieces, we want to know your tricks! Tell us below in the comments.

Lauren Smith
Lauren is a midwesterner at heart, living and writing in NYC. When she's not behind her computer you can find her splurging on delicious food, reading the latest pick from her book club and almost always wearing chambray.
Kardashians
Parenting
Kardashians
More From Parenting