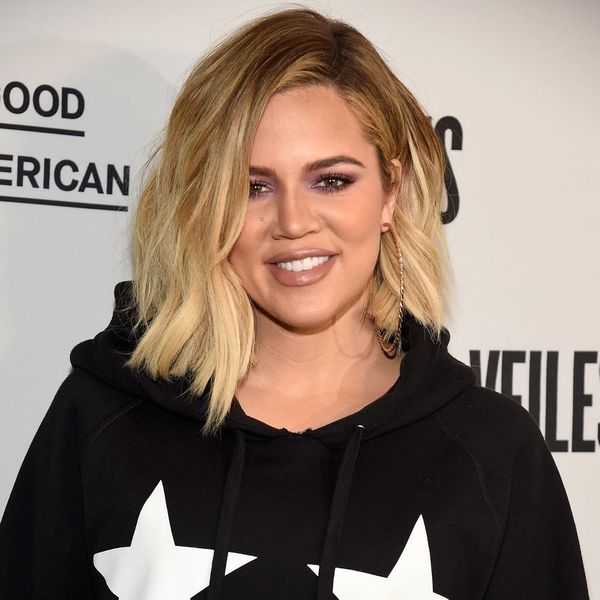 Khloé Kardashian confirmed her pregnancy right before the holidays, and ever since, she’s been sharing details — like the fact that she’s six months along — via social media. In her first TV appearance since the baby bump reveal, Kardashian opened up about where she and boyfriend Tristan Thompson are in terms of naming the little boy or girl, and while she only has one name picked out so far, it’s definitely a cute one.

“I think if it’s a boy I’ll go with Junior — Tristan Jr.,” the mom-to-be told Ellen DeGeneres in an appearance on her daytime talk show on Thursday. “Then for a girl, I don’t know where to begin.” The reality star added, though, that she does know she wants it to start with a “K” or a “T.”

DeGeneres has been known to give baby name suggestions to many celebs — including Khloé’s sister Kim Kardashian — and even claims to have named Kim’s son Saint, as well as Adam Levine and Behati Prinsloo’s daughter Dusty. Khloé, however, seems to have left her appearance on the show without any further name suggestions.

While Khloé’s pregnancy reveal also happened to spark some engagement or marriage rumors, the Good American denim designer said that, for now, the baby-to-be is enough on her plate and she’s in no rush to get married. “Right now, I’m so loving the place I’m in and very happy with how things are going,” she told DeGeneres of her relationship with Thompson. “We talk about it for sure. What’s meant to be will be.”

Earlier this week, Khloé announced on Twitter that she would be revealing the sex of the baby on a future episode of Keeping Up With the Kardashians.

What do you think of Khloé’s name pick? Let us know @BritandCo!