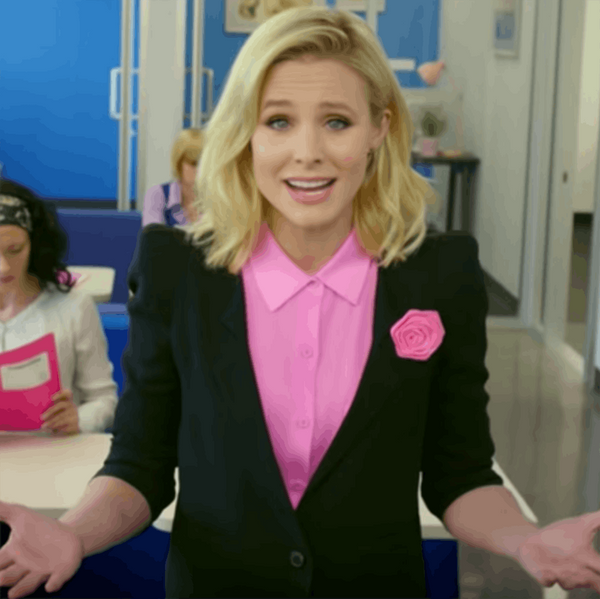 Oh, Kristen Bell. Let us count the ways we adore thee. First came that famous sloth video (if you haven’t seen that, YouTube it now). Then there was that epic travel montage she and Dax Shepard made while in Africa. And now, she’s back in the viral video game with this hilarious (and all too real) satirical video on the struggles women currently face in the workplace.

The video, titled “Pinksourcing With Kristen Bell” was created in collaboration with Huffington Post. It’s the first episode of a new series Huff Post is calling “Celebs Have Issues,” in which famous folks use comedy to raise awareness about important issues. First up: the gender wage gap. And maternity leave. And general working conditions for females ATM.

Kristen Bell opens by proudly telling the camera, “Is your company looking to maximize their output while cutting back on costs? Why outsource all your production to far away countries like India, China or Narnia when we have the cheapest and best workforce right here in the good ole US of A: Women!” LOL. But also not.

In the two-minute clip, she covers the promotions we’re often overlooked for, the increased wage gap for minorities, the often embarrassing maternity policies available to women and birth control coverage (or rather lack thereof). But hey, Kristen wants you to know there are still two major advantages to having a lot of ladies around the office. They bring in baked goods a lot and they smell nice. So, like, thank god for that.

What’s the biggest struggle you face in the workplace as a woman? Share your story with us on Twitter @BritandCo.