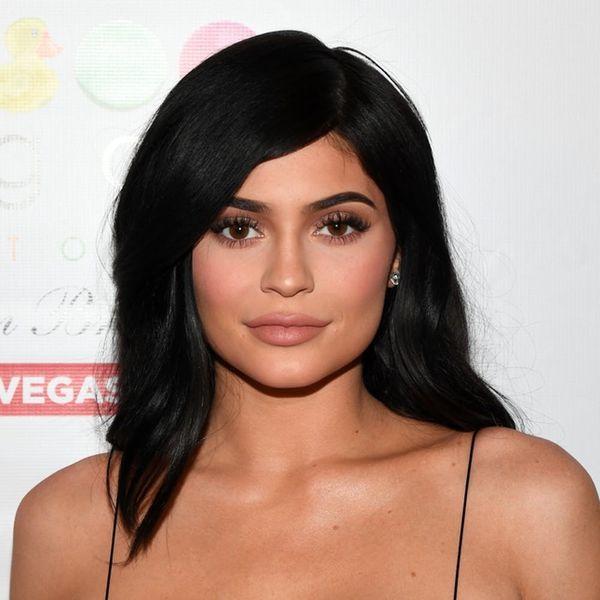 Even though we’ve been warned against it, sometimes people just want to emblazon their love on their skin — as Ariel Winter recently did with her longtime BF. After all, if/when the relationship falls apart, the body ink lingers on as a painful reminder. Case in point: Kylie Jenner, who once sported a tattoo on her ankle for ex-BF Tyga, now has a clever coverup.

Back in January, the youngest Jenner got a lowercase letter ‘T’ on her ankle, which everyone assumed to be for then-bae Tyga. Since the pair’s breakup however, she appears to have ditched the reminder of her lost love in favor of a different set of letters.

The Keeping Up With the Kardashians star, 19, opted to turn the tiny “T” into the letters “LA,” an homage to her hometown. It’s definitely one of the most seamless replacements we’ve ever seen (who can forget Johnny Depp’s head-scratching “Wino Forever” coverup in place of “Winona Forever” after he split with Winona Ryder in ’93?) — perhaps it was something Jenner had in mind when she picked the original ink?

Now Jenner is dating musician Travis Scott, but it doesn’t seem like she’s learned her lesson about relationship tatts, since she has a matching piece with him as well. In case the two part ways in the future, hopefully she’ll come up with another creative way to turn back time!

What do you think of Kylie Jenner’s new tattoo? Tell us @BritandCo!

Shea Lignitz
Shea can be found in the nearest bookstore or brewery, exploring the great outdoors, or blasting Led Zeppelin. She grew up in the cold and rain of Northern California's redwoods but is currently wandering around Texas.
Kardashians
Beauty News
Kardashians Kylie Jenner Tattoos