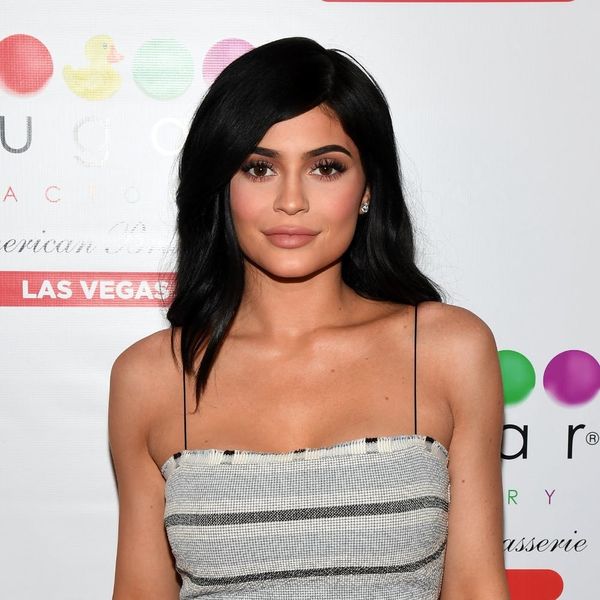 It looks like Kylie Jenner has said goodbye to former BF Tyga and embraced new bae Travis Scott in a very permanent way. The young reality star/makeup mogul and her rapper fella either just solidified their feelings for each other or made the biggest NRE-motivated mistake by getting matching tattoos.

Both took to Snapchat to share images of their new ink: a teeny, tiny, little butterfly added to the back of their calves — presumably a nod to the rapper’s “Butterfly Effect” single, which the 25-year-old has linked to 19-year-old Jenner, according to Complex.

Some eagle-eyed fans have pointed out an even stronger connection between their matching tattoos, suggesting that the ink isn’t two butterflies in profile but two halves of a butterfly that make a whole. In other words, Jenner got one side of the butterfly inked on her leg, while Scott got the other half tattooed on himself.

What do you think about Kylie Jenner getting a matching tattoo with Travis Scott? Let us know @BritandCo!