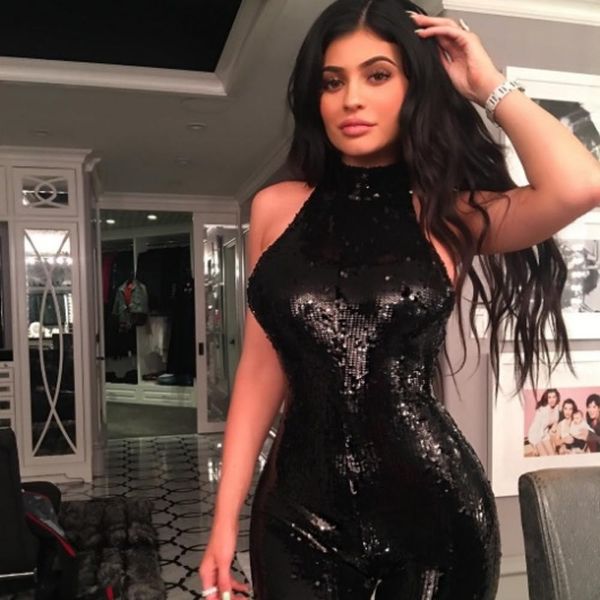 Kylie Jenner isn’t exactly known for doing what you’re supposed to do. One of the main reasons she’s famous and set to claim the throne in 2017 is because she’s willing to cross the line, no matter what eyebrow-raising, jaw-dropping feat that might involve. This time around, she’s opted for a new tattoo that’s basically the one thing you’re NEVER supposed to get.

The cameras were quick to catch Kylie’s latest addition when she stepped out in side-tied black leather pants and white sneaks. Without socks, it was easy to see the little tattoo that’s been inked on her ankle by celebrity tattoo artist Rafael Valdez.

One letter. An initial. T for Tyga.

#KylieJenner Gets a 'T' Tattoo on Left Ankle for #Tyga (PHOTO) https://t.co/ImN0w0KNi0

Granted, it’s a teeny, tiny tattoo (not like the giant one Tyga got of Kylie’s name) on a spot that’s not totally noticeable and, TBH, could be easily be lasered off or transformed into something else if necessary. But yowza.

Anyone will tell you that getting your S.O.’s name (or even initial) tattooed on you is risky business. Who wants to bet on a cover-up in the future?

Do you have a tattoo of your partner’s name, or is that just too risky for you? Tweet us @BritandCo!

Desiree O
Desirée O is a ‘Professional Bohemian’ who loves anything and everything related to the arts, entertainment, and pop culture. She ADORES being a ‘Newsy’ for Brit + Co, covering all of the latest tidbits of awesomeness that you want to read about. When she’s not writing, she’s either making messy art, going on long adventurous walks with her camera, or poking around over at bohemianizm (http://www.bohemianizm.com/). You can find out about Desirée O and her work at http://DesireeO.com/ or follow her on Twitter @DesireeO.
Kardashians
Celebrity News
Kardashians Tattoos