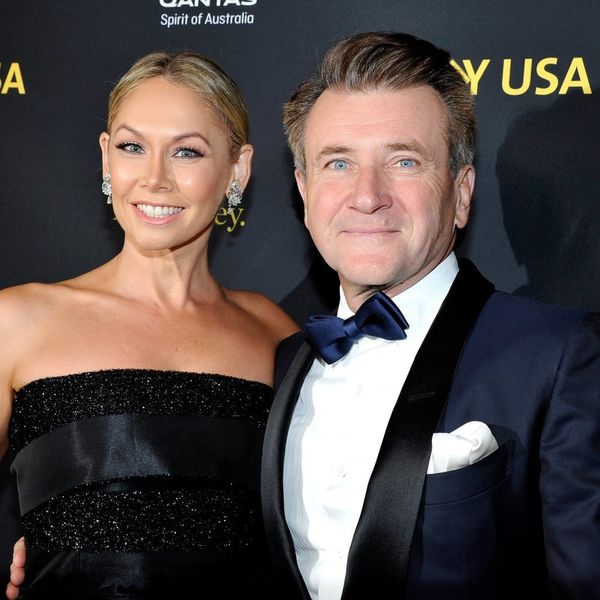 It’s a boy AND a girl! Former Dancing With the Stars partners Kym Johnson and Robert Herjavec welcomed twins this week, which Johnson announced in a moving Instagram post.

“I never thought my heart could feel so full,” the new mom wrote on Instagram. “We’re so in love with our little angels.”

Johnson revealed that the new additions were born on Monday, April 23 — the same day the royal baby arrived! — and came into the world only a minute apart at 7:44am and 7:45am. She didn’t share which twin is the older sibling, nor did she reveal their names just yet, but she did post a sweet black-and-white photo of Herjavec holding each twin in one arm and gazing at them lovingly.

The pro dancer and the Shark Tank star first revealed they were expecting back in December. “We waited so long that we decided to double up!” the couple told People at the time. “We are very grateful for the blessing of twins.” Just last month, they revealed at their baby shower that they would be having both a boy and a girl. The twins are Johnson’s first children; Herjavec has three kids from a previous marriage.

The proud new parents first fell in love back in 2015, while rehearsing for DWTS season 20. One year later, they wed in a beautiful Los Angeles ceremony attended by many of their fellow castmates. Congrats to the growing family!

Do you have any name guesses for Kym and Robert’s twins? Let us know @BritandCo!