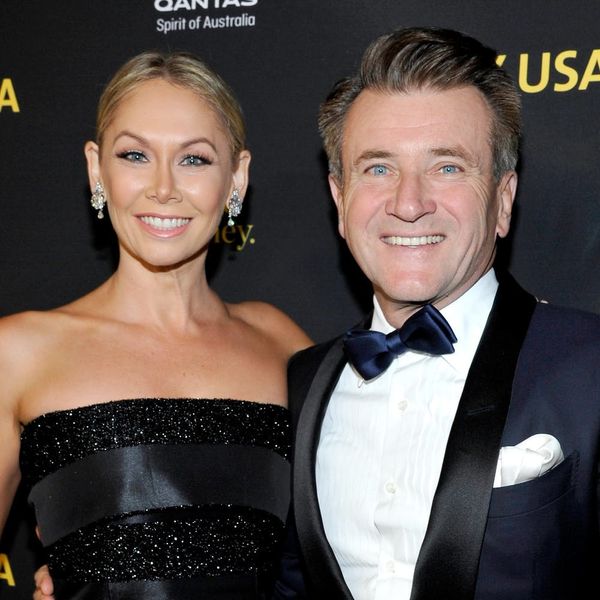 Another couple is joining the Hollywood twin club! Dancing With the Stars‘ Kym Johnson and Robert Herjavec have revealed that they’ll be welcoming not one, but two little additions to their family.

“We waited so long that we decided to double up!” the couple told People. “We are very grateful for the blessing of twins.”

On Monday, Johnson revealed that she was expecting what then seemed like the couple’s first — singular! — child via Instagram, where she posted a sonogram of a baby appearing to give the thumbs up. Now that they’ve revealed they’re expecting twins, preparations are well under way — and that includes getting the family dog ready for the arrival of two babies.

The twins will be Johnson and Herjavec’s first children together. Herjavec, who is one of the investors on Shark Tank, is already a father of three children from a previous marriage.

Johnson and Herjavec met when they appeared together on season 20 of Dancing With the Stars in 2015. After announcing their engagement in early 2016, they wed in the company of family, friends, and fellow DWTS stars in a Los Angeles ceremony in August 2016.

The happy couple are the latest among a handful of other celebrities to join the twin baby boom this year — Beyoncé and JAY-Z and Amal and George Clooney welcomed twins in June, and Jaime Pressly had twin boys in October.

Congrats to the growing Johnson and Herjavec family!