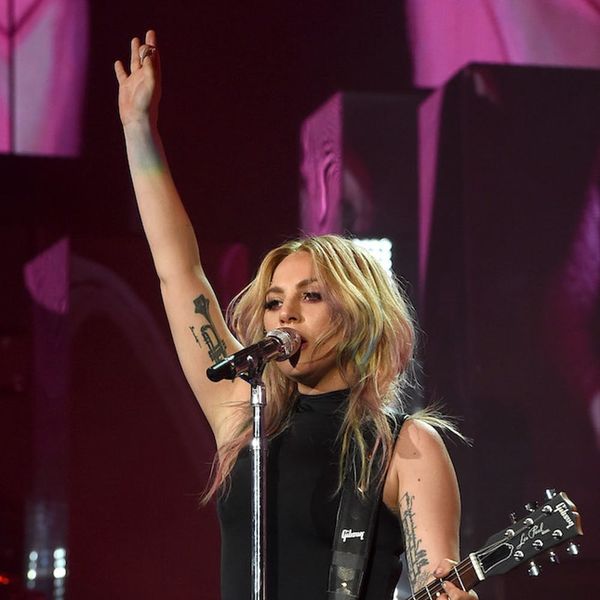 Mother Monster is back, y’all. She’s been filming a movie with Bradley Cooper, reminding us to be kind with Starbucks, and now she’s rehearsing for her Joanne World Tour, but took a moment to show off her new hair color on Instagram.

“Like a summer peach 🍑 jus juicin’ xoxo, Joanne #joanneworldtour #rehearsal,” she wrote under a photo of her lovely new locks styled in a half up, half down ‘do. She finished her look with minimal eye makeup and a rosy lip. That’s one hell of a makeunder — she’s practically unrecognizable!

While Gaga has been known to show off some wild looks in the past, she’s seriously toned down her M.O. as of late. Yet this peachy new hue is still super fun — but shockingly wearable.

But the question is, will the “Million Reasons” singer keep her hair when she kicks off her tour on August 1? She’s known for constantly reinventing herself, so we wouldn’t be surprised if the answer is no.

What do you think of Gaga’s hair? Yay or nay? Let us know @BritandCo.

Channing Hargrove
Channing Hargrove is a freelance fashion editor and writer in New York City. When she isn’t writing about clothing (or shopping, for research, of course), Channing is writing about life in a tiny studio apartment in a big city — and what she’s wearing — on her blog, Channing in the City.
Celebrity Hair
Hair
Celebrity Hair hair dye