YOU Can Be in a Movie With Lady Gaga and Bradley Cooper: Here’s How 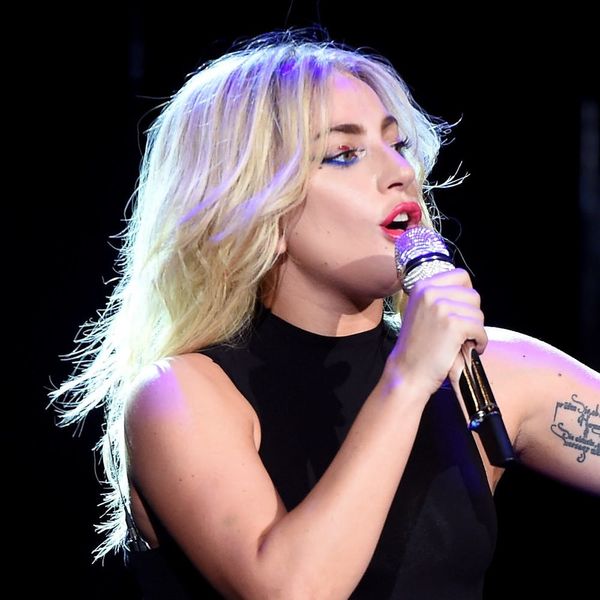 If you were lucky enough to be at Coachella last night alongside celebs like Selena Gomez and The Weeknd (AKA one of the fest’s cutest couples) for Lady Gaga’s epic performance, you already know that the pop star dropped a brand new, unexpected single on the crowd last night called “The Cure” (available to stream online now). What you may NOT know is that those lingering in the desert after this weekend’s shows are over may be privy to something even *more* exciting.

On Tuesday and Wednesday of next week, Mother Monster will be on hand at the Empire Polo Club in Indio to shoot scenes for her new flick with Bradley Cooper, A Star Is Born. And, as if the thought of the new daddy and the American Horror Story actress onscreen together wasn’t exciting enough, those that are willing (and 18 or older) can shell out a mere $10 to buy their way into the film with a ticket to be an extra at its shooting!

Keep in mind, you WILL be working, however, so cell phones or those simply looking to catch a sneak peek are not welcome — if you come, you will be shot for the flick.

Thank you @Coachella! ✨💕 See you next weekend!

If you’re still game, all you’ll need to do is purchase your ticket and show up in your “most comfortable denim and boots” and a Stetson hat, should you have one, for the Country Western concert scene they’ll be filming with YOU as the adoring fans. One word of advice straight from the event organizer’s mouths, however: “Leave those pink Joanne hats at home.”

Check out all the deets and grab your tickets here — happy filming, Monsters!

Will you be onset with Lady Gaga? Tell us over @BritandCo.

Nicole Briese
Nicole is the weekend editor for Brit + Co who loves bringing you all the latest buzz. When she's not busy typing away into the wee hours, you can usually find her canoodling with her fur babies, rooting around in a bookstore, or rocking out at a concert of some sort (Guns N' Roses forever!). Check out all her latest musings and past work at nicolebjean.com.
Movies