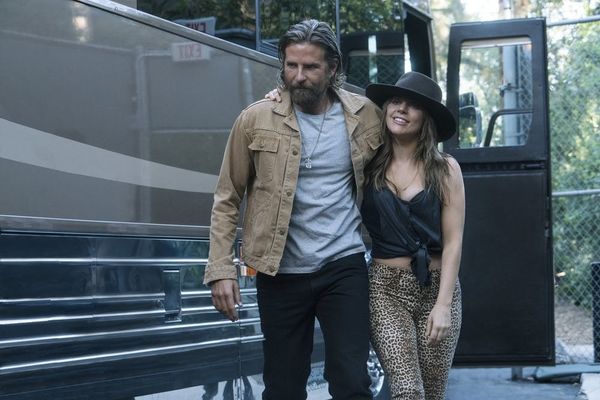 A Star Is Born won’t hit theaters until October 5, but the remake of the 1937 movie has already garnered major Oscar buzz for its two leads, Lady Gaga and Bradley Cooper (who also made his directorial debut with the film). Gaga opened up about the film and what it means to her in the latest installment of Vogue‘s “73 Questions,” which the magazine debuted on Thursday, September 13.

“Bradley Cooper is an incredible actor, incredible director, an absolutely incredible friend all the way around,” the singer said when asked what her costar is like in person. “I’m so excited for people to see his talent.”

She also spoke about what she wants fans to take away from A Star Is Born, which revolves around two singers who come together at very different points in their careers. “I want them to take away the beautiful love story, the undertones of family dynamic with alcoholism and codependency,” Gaga explained. “Also that the movie is a very, very strong expression of what it means to become a star. And that she, myself, Ally [the character], does not really become one until the last frame of the movie.”

Later in the video, the “Born This Way” singer revealed about what being a feminist means to her, telling Vogue, “I think feminism is the fight for women’s rights, for equality. And also to protect women as much as possible within rape culture.”

She then revealed what she wants to share with her young female fans: “Your body belongs to you. Your mind belongs to you. Your emotions belong to you. And just always be true to yourself and exercise what you want to be all the time. And if you don’t feel comfortable doing something, then don’t do it. Stay true to who you are.”

.@LadyGaga stars on the cover of our October issue! Read the full story: https://t.co/WeFDyFgV9W pic.twitter.com/NpTlom2hAo

Are you excited to see Lady Gaga and Bradley Cooper in A Star Is Born? Let us know @BritandCo!