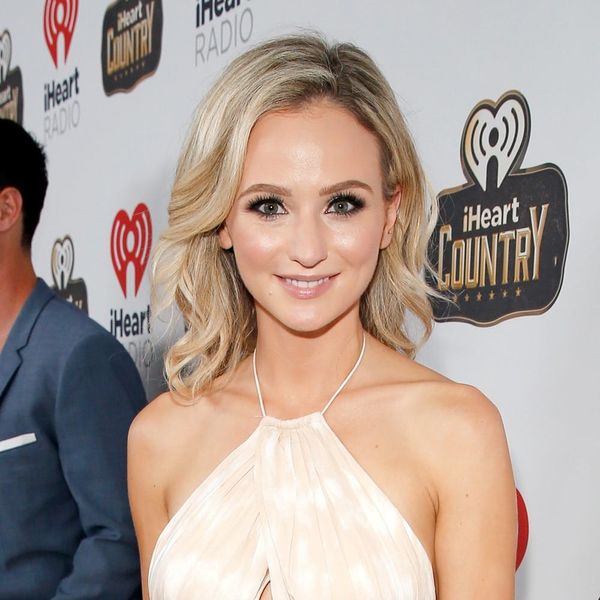 It may be hard to think about kissing someone new for The Bachelor’s Ben Higgins, but Lauren Bushnell doesn’t seem to be having much trouble at all. Nearly a month after news broke that the reality alum had bagged herself a new mystery man named Devin Antin, she’s made things Instagram official, giving us our first glimpse at her new beau via social media!

In a blink-and-you’ll-miss-it moment on Instagram stories, the 27-year-old not only offered up an adorable snap of Antin, which appears to show him reaching back to hold her hand, but she gave us all some insight into her current state of mind with a rather telling quote.

“You can’t always wait for the perfect time,” read the posted mantra, “Sometimes, you have to dare to do it, because life is too short to wonder what if.” Amen!

She also appeared to have a new tune on repeat, and it’s one that’s rather fitting for someone reveling in the throes of new love. “I mean, issss goooood. Real good,” she wrote of Brett Eldredge’s “Love Someone.”

While it’s unclear if she was referring to the song or the actual act, our money’s on both: at least if Bachelor in Paradise contestant Amanda Stanton’s recent interview with ET about her pal is any indicator.

Though Stanton refused to dish any deets on her BFF’s new relationship, she did tell the outlet that she’s doing well since making the move to LA to be closer to her family and friends. “I think she’s happy… Going through a breakup, especially a pub breakup is so hard… she’s really happy now.”

As for Higgins, while the TV personality said she doesn’t “know if they really talk,” they ARE on good terms.

Sounds like life is pretty sweet for Bushnell at the moment! Congratulations, Lauren!

Are you excited to see Lauren moving on and happy? Tell us over @BritandCo.

Nicole Briese
Nicole is the weekend editor for Brit + Co who loves bringing you all the latest buzz. When she's not busy typing away into the wee hours, you can usually find her canoodling with her fur babies, rooting around in a bookstore, or rocking out at a concert of some sort (Guns N' Roses forever!). Check out all her latest musings and past work at nicolebjean.com.
Celebrity Couples
Celebrity News
Celebrity Couples love the bachelor
More From Celebrity News