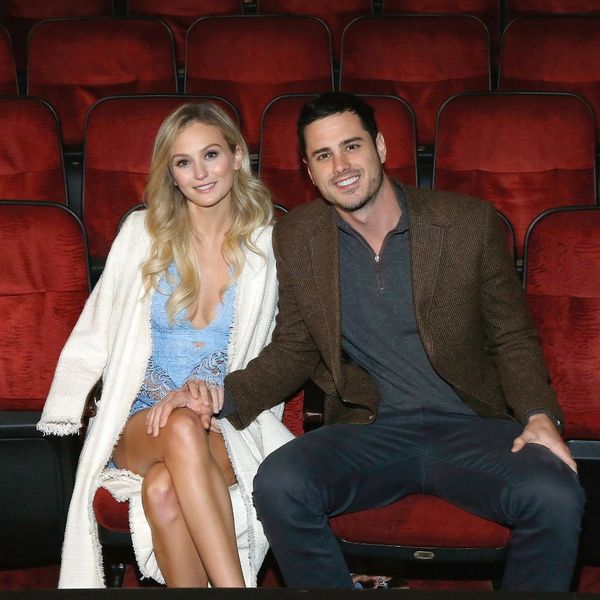 Lauren Bushnell and The Bachelor’s Ben Higgins have both been pretty open about the struggles they faced during their engagement and how hard it’s been to move on since their heartbreaking split, but it sounds like Bushnell, for one, is ready to find love again. According to multiple reports, the aspiring model has a new boyfriend.

While we’re still a little sad that Bushnell and Higgins didn’t find their happily-ever-after together after getting engaged on season 20 of The Bachelor, we’re happy to hear that Bushnell has apparently embarked on a new romance with a mystery man named Devin Antin.

Us Weekly reports that the two have been dating for a while now, and that she’s already met his family, even attending a Golden State Warriors game with his sisters. By the sound of it, this may be a little more serious than a rebound fling.

Bushnell previously admitted that she and Higgins spent the time they should have spent focusing on their relationship, focusing on their careers instead. “I remember during filming [Ben & Lauren: Happily Ever After?], I was so stressed out, we couldn’t even communicate with one another when we were filming,” she told People in June. “We were just stressed and tired, physically. Emotionally, I just felt like it wasn’t there anymore.”

Are you surprised that Lauren Bushnell has a new man in her life? Let us know @BritandCo.

Desiree O
Desirée O is a ‘Professional Bohemian’ who loves anything and everything related to the arts, entertainment, and pop culture. She ADORES being a ‘Newsy’ for Brit + Co, covering all of the latest tidbits of awesomeness that you want to read about. When she’s not writing, she’s either making messy art, going on long adventurous walks with her camera, or poking around over at bohemianizm (http://www.bohemianizm.com/). You can find out about Desirée O and her work at http://DesireeO.com/ or follow her on Twitter @DesireeO.
love
Celebrity News
love the bachelor
More From Celebrity News