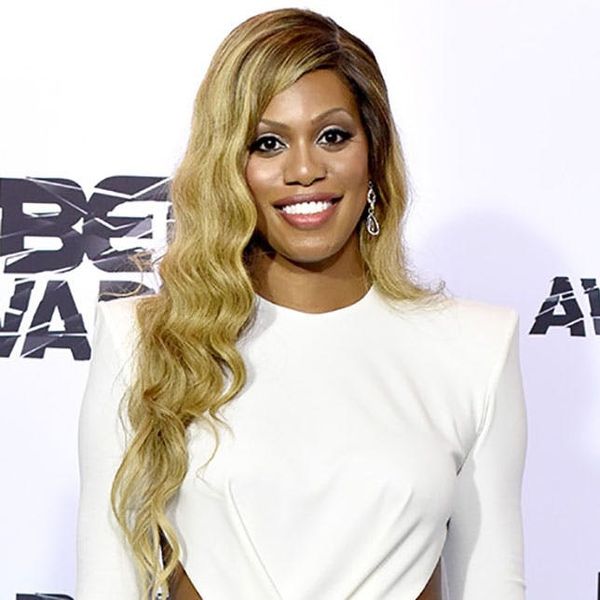 When it comes to red carpet style, Laverne Cox has kind of been killing it lately. From that revealing dress she rocked at the recent amfAR Inspiration Gala to debuting a set of blunt bangs like it was no big deal, the OITNB star has proven herself to be something of a modern-day style icon. So when we heard that Cox would be at this year’s BET Awards, it seemed like a given that she’d show up in something awesome, and she definitely didn’t let us down. Scroll on down to see the two fashion risks Laverne sported yesterday and how you can wear them too.

1. A Plunging Neckline: While posing for pictures on the red carpet, Laverne sported a super sleek, navy blue jumpsuit. The long-sleeved number was fairly modest except for one unexpected element: that plunging neckline. We’ve been seeing ultra-low necklines a lot recently, but Laverne’s took things to another level. To draw even more attention to the style, Laverne threw on a stunning body chain.

How to Avoid a Wardrobe Malfunction: If you’re up for this dramatic neckline but don’t want to accidently pull a Janet Jackson, there’s one super simple solution: fashion tape. To go braless with confidence, use the Breast Lift Tape from Hollywood Secrets ($9). This will not only make sure that your neckline stays in place, but will also keep your breasts looking just as perky as if you were rocking a push-up bra.

2. A Sky-High Slit: When Laverne and Gabrielle Union took to the stage to present the Best Actor Award, they both (purposefully) walked out in this custom-made Michael Costello dress. The stars joked that whoever lost a hip-hop trivia challenge had to change their dress for the afterparty. Gabrielle lost, which meant that the sky-high slit was to be sported by Laverne for the rest of the evening.

How to Avoid a Wardrobe Malfunction: This one is a little bit more challenging. You’ll probably want the skirt of the dress to flow naturally, which means you don’t want to tape it to your leg. But you also don’t want a gust of wind to show the world your, uh… you know. So what’s a girl to do? First things first, this is definitely not the dress to go commando in — you may not even want to wear a thong. Instead, we recommend wearing a pair of these Seamless Little Shortie Panties from Victoria’s Secret ($12). Should a strong breeze come your way they’ll just look like super short shorts, plus the seamless style won’t leave you with an awkward panty line.

Are you itching to try one of these styles? Share which one you like best with us in the comments below.