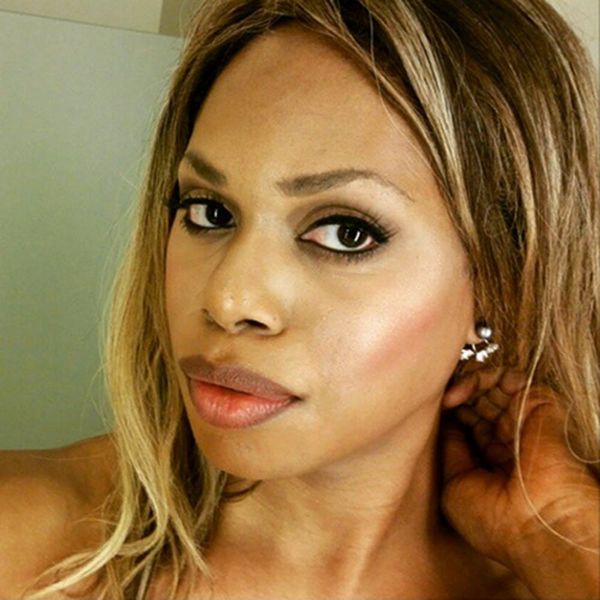 While Caitlyn Jenner has been the topic of conversation all week long, bringing a much-needed spotlight to the topic of being transgender, there are so many more trans women and men that deserve to have their stories heard as well. While applauding Caitlyn’s heart and soul in a Tumblr post, Laverne Cox also brought up the need for a varied transgender presence in the media. After acknowledging her awareness that not every trans person has (or necessarily wants) the glam team either her or Caitlyn are able to have, the OITNB star shared some thoughts on representation. “Most trans folks don’t have the privileges Caitlyn and I have now. It is those trans folks we must continue to lift up, get them access to healthcare, jobs, housing, safe streets, safe schools and homes for our young people,” she wrote. In order to shine the light on trans people worldwide she did what any advocate in the digital generation would, she started a hashtag.

That hashtag is #TransIsBeautiful and it’s already filled with thousands of images of diverse trans women and men showcasing their stories and what beauty means to them along the way. Laverne elaborated on her desire to begin the hashtag saying, “I started #TransIsBeautiful as a way to celebrate all those things that make trans folks uniquely trans, those things that don’t necessarily align with cisnormative beauty standards. For me, it is necessary every day to celebrate every aspect of myself especially those things about myself that don’t align with other people’s ideas about what is beautiful.” After taking a look at the images and all of the stories within it truly is a thing of beauty in more ways than just visually.

While Laverne’s tag is the latest to highlight those in the trans community, bringing allies and trans people closer to individual stories, it is not the first. Back in 2012 activist and author Janet Mock began #GirlsLikeUs. She summed up the purpose of the hashtag in a tweet that same year, “#GirlsLikeUs is for ALL trans women, regardless of color, but all who lend their voices to amplify ours knows that intersectionality matters.” Three years later Janet’s campaign has more than 62,000 Instagram posts offering insight into the daily lives of the trans community.

Not only are both of these hashtags providing people — whether they’re a new or old ally — a deeper and more personal look at the lives of trans people throughout the world but they both act as a support network for those struggling with their gender identity as well. How can you not love a social media hashtag doing that much good in the world?

Will you be following #TransIsBeautiful and #GirlsLikeUs? Let us know in the comments.