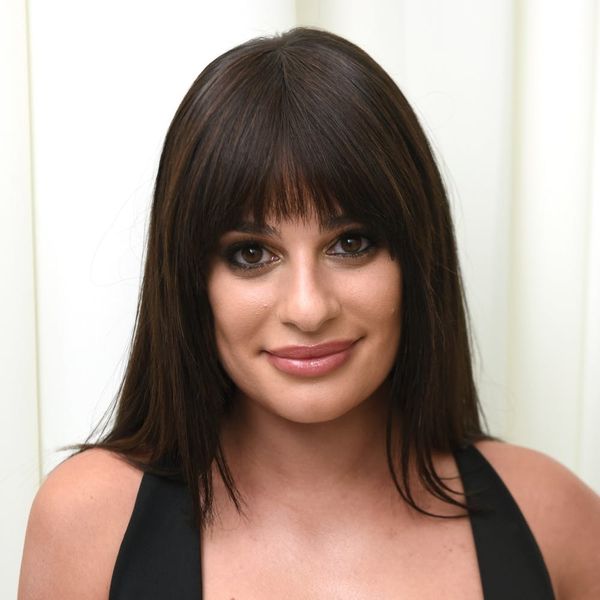 Lea Michele is finally getting her happily ever after! Five years after tragedy struck when her boyfriend of two years, Cory Monteith, died at the far-too-young age of 31, the star is officially engaged to a new love in AYR clothing president Zandy Reich.

The Mayor actress took to Instagram to share the good news, posting with a shot of her newly blinged out hand over her smiling face. “Yes,” she wrote alongside a ring emoji.

As E! reports, the jaw-dropping, radiant-cut 4-carat ring was designed by Reich himself in collaboration with Leor Yerushalmi and The Jewelers of Las Vegas.

Michele and Reich have been dating since at least July 2017. Michele has spoken about their relationship several times since then, telling People that the businessman was making her gleeful. “I’m very happy and I think that you can tell,” she said, adding, “I don’t really talk a lot about my personal life, but I’m also the kind of person where I always say, ‘You will see how happy I am just by looking at my face. I can’t hide it.”

Congratulations to the beaming bride-to-be!

What do you think of Lea’s rock? Sound off over @BritandCo.

Nicole Briese
Nicole is the weekend editor for Brit + Co who loves bringing you all the latest buzz. When she's not busy typing away into the wee hours, you can usually find her canoodling with her fur babies, rooting around in a bookstore, or rocking out at a concert of some sort (Guns N' Roses forever!). Check out all her latest musings and past work at nicolebjean.com.
Celebrities
Wedding Style
Celebrities Celebrity Couples Celebrity Engagement Engagement Engagement Rings Love