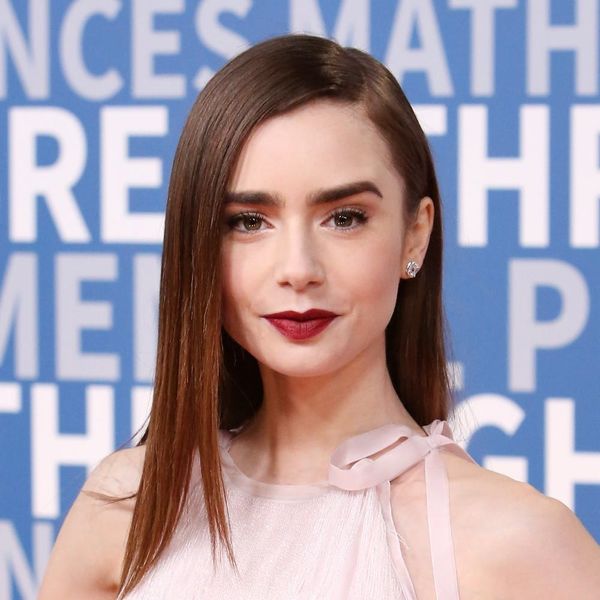 Lily Collins is keeping us on our toes! The Dig actress, who shocked fans Friday with a new blonde ‘do that had her practically twinning with Suki Waterhouse, pulled an equally shocking move the very next day, when she snapped a selfie sporting her naturally brunette locks once more.

Her hair change, while major, appeared to be the real deal, with dark, natural-looking roots poking out from her new flaxen locks.

Not sure if it's the blonde or this city, but I really am having more fun...

“Not sure if it’s the blonde or this city, but I really am having more fun…” she wrote. Just a short 24 hours later, however, it was back to business as usual.

Just kidding! Natural locks, back in place. For now...

“Just kidding!” she said. “Natural locks, back in place. For now…” While it’s unclear if the initial transformation was the result of some serious hours in the stylists’ chair for an actual dye job, or if it was only ever a wig to begin with. Our money’s on the latter, however, as the star’s actual stylist, Gregory Russell, who regularly posts pics of his handiwork, didn’t seem to be taking credit for this one.

Instead, he showed off the silky, straight side-part he did for his client’s walk on the red carpet for the 2018 Breakthrough Prize at NASA Ames Research Center event last night. No matter — girl looks gorgeous in any color!

Do you like Lily better as a blonde or a brunette? Cast your vote over @BritandCo.

Nicole Briese
Nicole is the weekend editor for Brit + Co who loves bringing you all the latest buzz. When she's not busy typing away into the wee hours, you can usually find her canoodling with her fur babies, rooting around in a bookstore, or rocking out at a concert of some sort (Guns N' Roses forever!). Check out all her latest musings and past work at nicolebjean.com.
Celebrities
Hair
Celebrities Celebrity Hair Hair Color hair dye