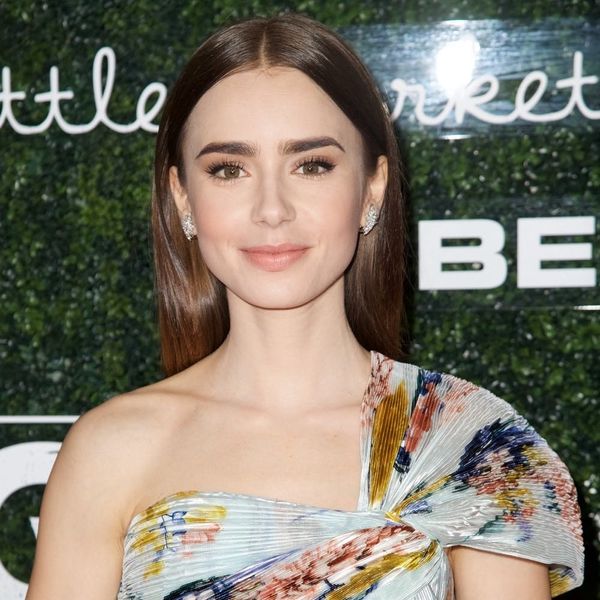 Lily Collins can officially add “blonde” to her ever-growing list of hair colors! The actress has gone from brunette to fire engine red and back again in her day, and now, she’s adding a brand new hue to her arsenal in the form of flaxen locks.

Not sure if it's the blonde or this city, but I really am having more fun...

The Halo of Stars actress took to Instagram to debut her new style while on a trip to NYC, saying, “Not sure if it’s the blonde or this city, but I really am having more fun…”

Keeping her eyebrows dark, she could be a dead ringer for another model/actress with a similarly long blonde ‘do: 25-year-old Brit and co-founder of cool girl-fave accessory brand Pop & Suki, Suki Waterhouse.

It was quite a change from the highlighted brown locks she showed off just two days prior as she sported a laid-back denim ensemble.

While there’s no word on whether or not the new style was for a role or merely a whim (like Danielle Staub’s recent tress transformation), based on the 28-year-old’s reaction, we’d be willing to bet it’s here to stay, at least for a little while — girl IS quite the hair chameleon after all.

What do you think of Lily’s new look? Share with us @BritandCo.