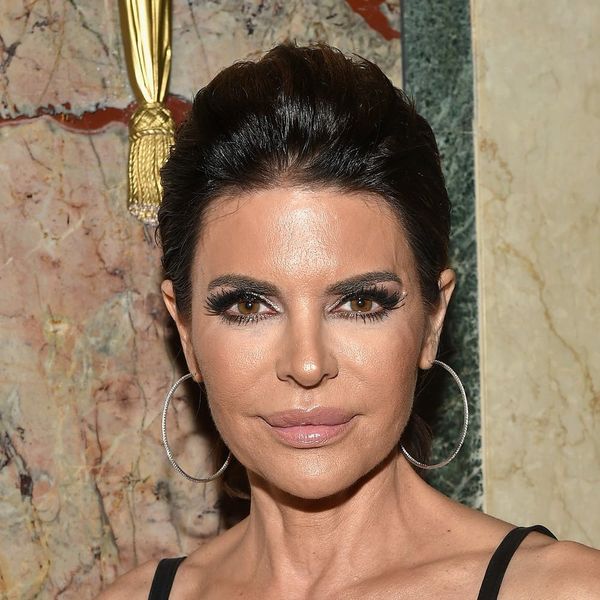 Zooey Deschanel’s not the only one undergoing a major hair makeover! If you feel like Real Housewife of Beverly Hills Lisa Rinna has been rocking a short, shaggy hairstyle for literally as long as you can remember, that’s because she practically has: The 54-year-old has been loyal to her layered chop for almost two decades. She’s finally ready for a serious change, though… sort of.

Rather than making a drastic and permanent switch in the form of an even shorter chop, the actress revealed a brand new ‘do on Instagram that was much, much longer.

The shot showed her donning pin-straight strands with wispy, straight-across bangs (a total departure from her previous side-swept ones) that reached all the way down to her décolletage.

As the reality star revealed to People, “The last time I grew my hair out was when I had [my daughter] Delilah Bell. So, 19 years ago!” adding, “It was time, what the hell!”

The reality star’s inspiration for hopping aboard the long locks train came from a fellow housewife. “I think spending the last two years with Erika Janye has rubbed off on me,” she explained. “She has the most fabulous hairdos.”

“BTS Video” You saw #RHOBH @lisarinna rockin @juliusmichael1 longhair last night on #WWHL now see how the look was created using @hiddencrownhair clip in #hair #extensions because a wig would’ve been cheating! This video shows you how you can go from #shorthair to #longhair in minutes. #makeup #facebeat by @mspriscillanyc and cameo appearance by the great @tabathacoffey ❤️ #JuliusMichael #LisaRinna ps TAG your friends who want or need a hair change below

She turned to stylist Julius Michael to add in a whopping 14 new inches of hair, courtesy of Hidden Crown Hair clip-in real hair extensions ($149 to $329). “It’s femme fatale,” the hair guru quipped on a shot of his finished masterpiece.

While fans are loving the look, which the newly-coiffed celeb wore for a recent appearance on Andy Cohen’s Watch What Happens Live, it’s TBD whether she’ll keep this look for future Housewives seasons.

What do you think of Lisa Rinna’s new hair? Sound off @BritandCo!