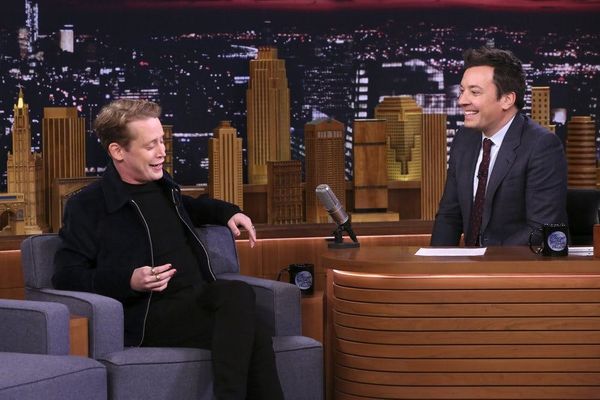 Home Alone was an instant classic when it debuted in 1990, and nearly 30 years later, it still pops up on TV every holiday season. Even its star Macaulay Culkin admits to watching it occasionally — but only upon special request.

Culkin said he’ll indulge the request and even has fun with it, revealing that he’s not exactly a passive participant in the movie-watching experience. “Most of the time I’m just muttering my lines under my breath, like, ‘Keep the change, you filthy animal,'” he joked. “Whatever gets her motor running, I guess.”

Culkin, who’s dating actress Brenda Song, also told Fallon that he tends to get recognized more often around this time of year than any other. Fortunately, he has a pretty good sense of humor about his fame: He’s been spotted wearing a t-shirt featuring his familiar younger mug in recent years, and he sells another shirt with his name and a giant arrow, via his website, bunnyears.com, which he described as “Goop meets The Onion.”

How many times have you seen Home Alone? Let us know @BritandCo.