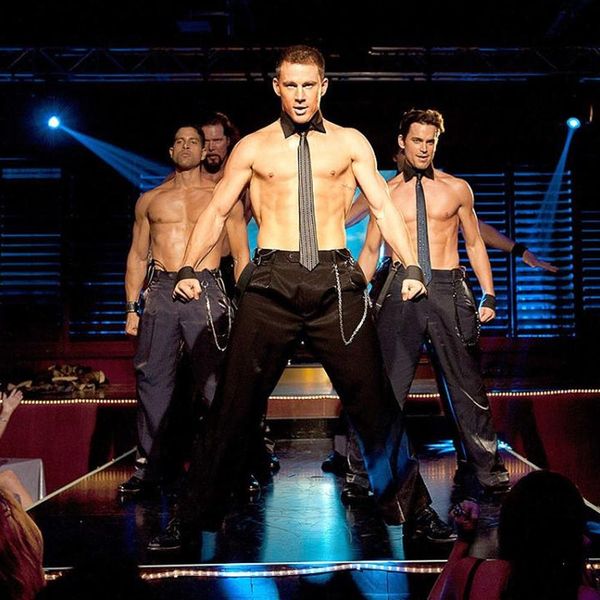 If you need proof that dreams really can come true then look no further, friends. While we were busy adoring Channing’s interview with an autistic host and swooning over the breathtaking photographs he took of wife, Jenna Dewan Tatum, our favorite stripper, er, actor was getting ready to let us in on some HUGE news. Like, XXL-sized news. Magic Mike LIVE is headed to Las Vegas.

For all of us who have watched the movies and thought, “Why, oh, why can’t I have been that lady making nutso WOOOO-ing noises in front of those hunky gyrating hotties?!”, the IRL show promises to be even better than we ever imagined.

“Magic Mike has been a special and very personal project for me, and this show is a natural extension of that,” Channing explained in his first ever live Facebook video. But Channing wasn’t alone to make the big announcement. Joining him were some of the performers who we’ll now be able to see up close and personal like Rodrigo, Jesse from Texas, Vince from Montreal and Brendan from Iowa, just to name a few.

Now we know you’re wondering one thing: Will Channing Tatum, Magic Mike himself, be appearing live in Vegas??? Well, all signs point to ‘no’ but we’re keeping our fingers crossed for a guest appearance or two. “So while I won’t be on stage as Mike,” Channing admitted, “Magic Mike Live Las Vegas is my vision and I’m looking forward to spending a lot of time in Las Vegas creating something that will give women what they really want.”

Coming to the Hard Rock Hotel and Casino’s stage in March of 2017, we know the guys are working hard to hit their peak performance, but, ooooh boy, we can’t wait!

Check out Channing’s announcement here as well as the Magic Mike Live Las Vegas website to sign up for first looks and special offers (and try not to drool too much).

I've got a big announcement for the #MagicMike fans… http://magicmikelivelasvegas.com

Posted by Channing Tatum on Wednesday, May 4, 2016

Are you already planning a trip to Vegas next year to see Magic Mike Live? Tweet us @britandco!