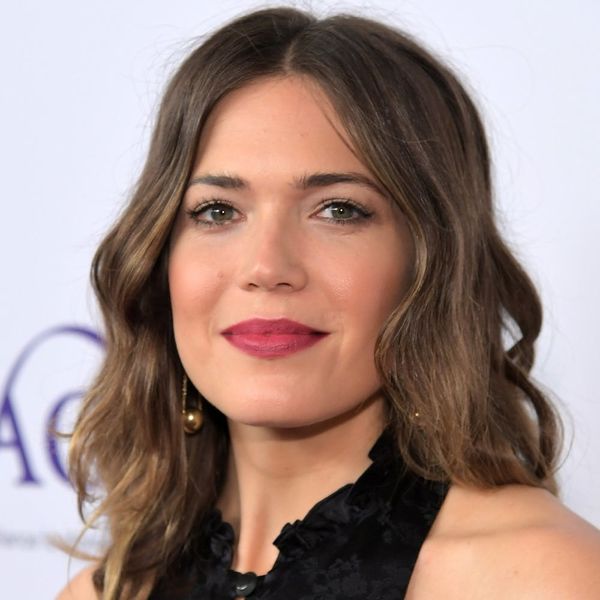 It’s been 18 years since Mandy Moore released her first single, “Candy,” and eight since her last studio album, Amanda Leigh. And while she certainly has not shied away from the spotlight, with a starring role as Rebecca on the Emmy-favored show This Is Us, the 33-year-old told People she’s ready to get back to her roots. In fact, she has some new music to share, and if all goes according to plan, we’ll be hearing it by 2018 (!).

“I want to return to music,” Moore told People. “I don’t have a record label, but I have a lot of music written. Next year, I’ve decided I’m putting it out there!”

It makes sense, considering that after a long day on set, music is still the singer’s preferred way to unwind.

The double-threat recently teamed up with Merck for the Her Life, Her Adventures campaign, which encourages women to think about adding birth control into their health plans. “I’m really passionate about using my platform to inspire dialogue around women’s health and to encourage women to talk to their doctors about family planning,” she said.

Between acting, singing and songwriting, her activism, and plans to start a family with boyfriend Taylor Goldsmith, Moore has a lot on her plate, but at the end of the day, she says it keeps her fulfilled. “My life has sort of taken unexpected twists and turns professionally and personally, but overall my journey is the reason I am here today and I feel fulfilled by everything that happened.”

Kat Armstrong
Kat has been a writer, social media maven and mom for longer than she's willing to admit. She's also spent time in front of and behind the camera, interviewing celebs, politicians and acting as a producer for fashion and artistic photography shoots. When she isn't writing for various orgs and publications, she's hanging with her kids, husband and French Bulldog, Peter, in Toronto, Canada.
Music
Music
Music
More From Music