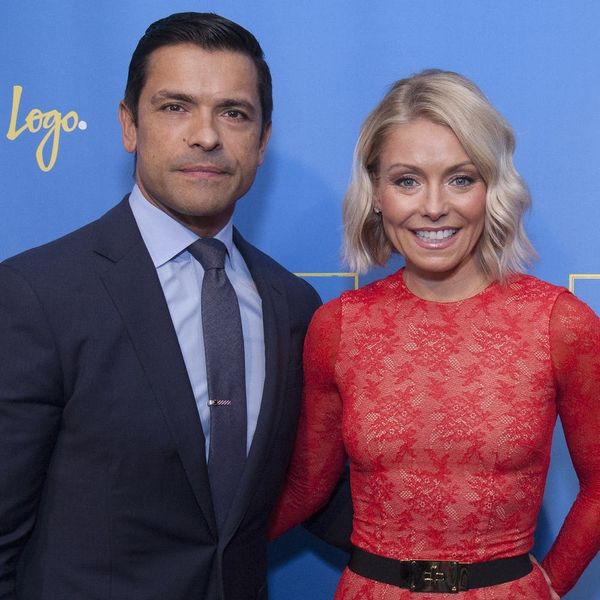 Mark Consuelos is still standing by his wife. After a recent bikini photo of Kelly Ripa received some negative backlash, Consuelos spoke out against the haters, and now he’s pointing out the absurdity of the whole situation.

“It was bizarre,” Consuelos said on a recent episode of Watch What Happens Live With Andy Cohen. “It’s like, what else are you supposed to wear at the beach?”

The backlash began after Consuelos posted a photo from the couple’s spring break vacation back in March. The photo featured Ripa, his wife of 22 years, standing in crystal-clear beach waters while wearing a bikini — which some of Consuelos’ followers found to be inappropriate. A few days later, the Riverdale actor posted a thoughtful reply in Ripa’s defense.

“I posted this pic of the woman I most admire. As a playful tribute to my wife who I’m proud of in endless ways,” he wrote at the time. “She works extremely hard in her professional life and her commitment to exercise, healthy diet is admirable and the benefits show…Yes she’s wearing a bikini at age 47 and will no doubt wear one for many years to come.”

“If that offends you in some way, if it triggers you, or some other psychosis you’re suffering from, I suggest you get over it and get used to it,” he continued. “I’m going to get back to my vacation now.”

What did you think of Mark Consuelas’ response? Let us know @BritandCo!